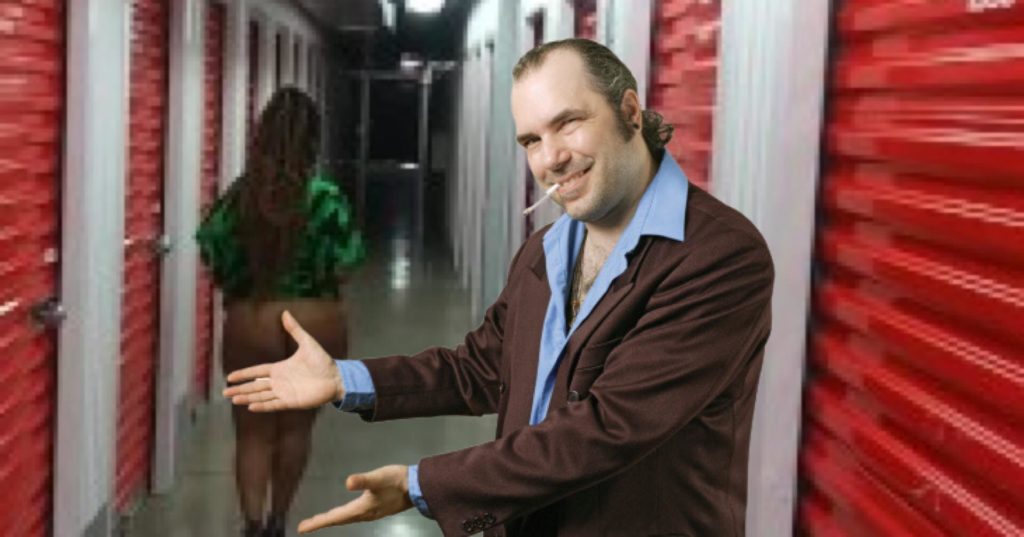 Local pornographer Scummo Johannsen has been granted membership to the prestigious Academy of Motion Picture Arts and Sciences, the organization that presents the Oscar Awards every year, due to Will Smith resigning his membership.

Smith resigned as a result of the ongoing public relations fallout since he slapped presenter Chris Rock at the awards ceremony last Sunday night.

“We’re familiar with Mr. Johannsen’s work and it’s been suggested more than a few times that we add him as a member but it was never the right time,” said Academy President David Rubin.

“Yeah, I’d heard that too,” said Johannsen. “They always said, ‘we don’t have any open spots right now’. Well, I guess one has suddenly become available! Ha ha ha!”

“I’ll be honest, part of what has held Mr. Johannsen back has been that we abhor pornography due it being crude and degrading and that’s not what we stand for,” said Rubin. “But then again, many of our members are depraved perverts and even more of us are huge hypocrites, so fuck it I guess. I mean, at least he doesn’t slap people.”

“I slap people all the time,” responded Johannsen.

“Umm… yeah, sure, sort of,” replied Johannsen. “They sign contracts and they’re supposed to be over 18. Legally that implies consent, right? Legally?”

Johannsen said he’s very excited about the networking opportunities that will be available to him now. “It’s been a life-long dream to get Meryl Streep, Emma Stone and six big black dudes into one of my films. Now it could actually happen!”