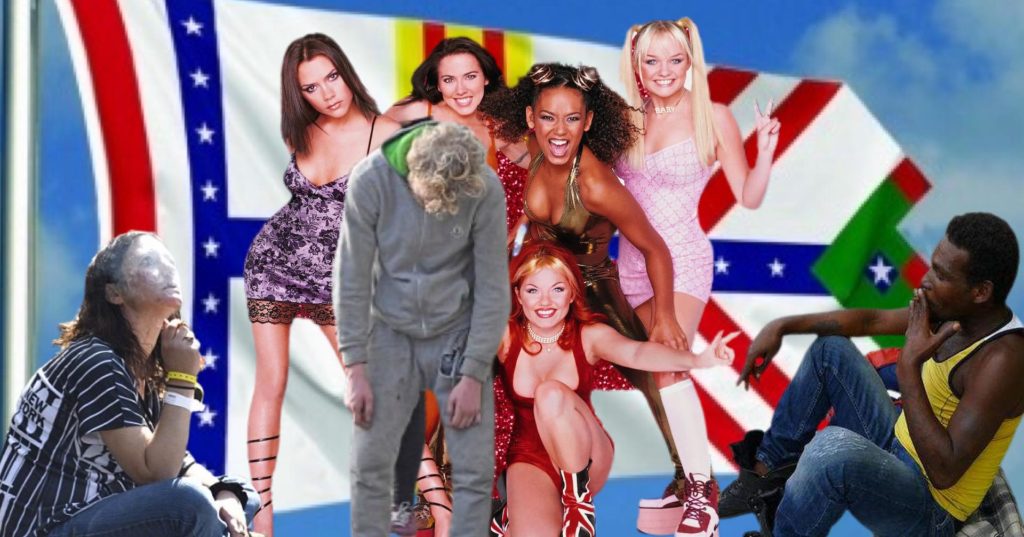 “This has been on my agenda since the first day I was sworn in as mayor,” Castor told reporters.  “Tampa has a lot of people smoking spice, and it’s about time we got recognized for it.”

Last December, tainted batches of the synthetic drug known as Spice left two people dead and many more hospitalized.  Mayor Castor hopes that by partnering with the Spice Girls, more Spice users will think that the drug is gay and it will make them not want to smoke it, or smoke less of it.

“That isn’t going to stop me from smoking spice,” said spice addict, Enriquio Allyesas.  “My day doesn’t start until I take a hit of that spice blunt.”

Allyesas then smoked a whole spice blunt in one puff and blew it all in my face, giving me a contact-spice-high.  My world began reverberating into a kaleidoscope of melted imagery before I blacked out.

I regained consciousness many hours later, running in the nude across a field in the center of an apartment complex, many miles from where I met Allyesas.  Unable to spot my clothing, I had to find a store with mannequins in the window. The store was closed, so I threw a trashcan through the window and broke in to steal the mannequins’ clothes.

In the dead of night, I fashionably wandered the streets until I heard the faint sounds of pop music coming from an abandoned café.  When I walked up to the window, I saw five British women practicing a song and dance routine.  They looked like they were about to have a verbal argument with each other.

“Look ladies, we haven’t performed together in many years but this show at the Tampa Theatre is the biggest performance of our career!” said who I could only assume was Posh Spice because of her stylish outfit.

“We just aren’t as in tune as we used to be,” said who I could only assume was Sporty Spice because she was holding a basketball.

“Someone give Baby Spice her bottle,” said the red-headed lady who may or may not be known as Ginger Spice.

While watching this scene unfold through the cracks of a broken window, I noticed a small spider on me, causing me to yell and fall into the café.

“Who the hell is that!” Screamed a scary looking lady who looked a lot like Scary Spice.

The five British women surrounded me, I tried to explain that I was a reporter for Tampa News Force, but they didn’t believe me and beat me up instead.

Unfortunately, this led to me blacking out again and waking up in the hospital.

While recovering, a nurse brought me a copy of the latest Tampa Bay Times newspaper. The main story detailed the Spice Girls concert at the Tampa Theatre.

Turns out the group beating I received from the Spice Girls helped them bond again and it reignited their star power, but this was short-lived because after the show, all five of the members of Spice Girls were found smoking spice behind the Sunoco on Columbus and Nebraska Avenue.