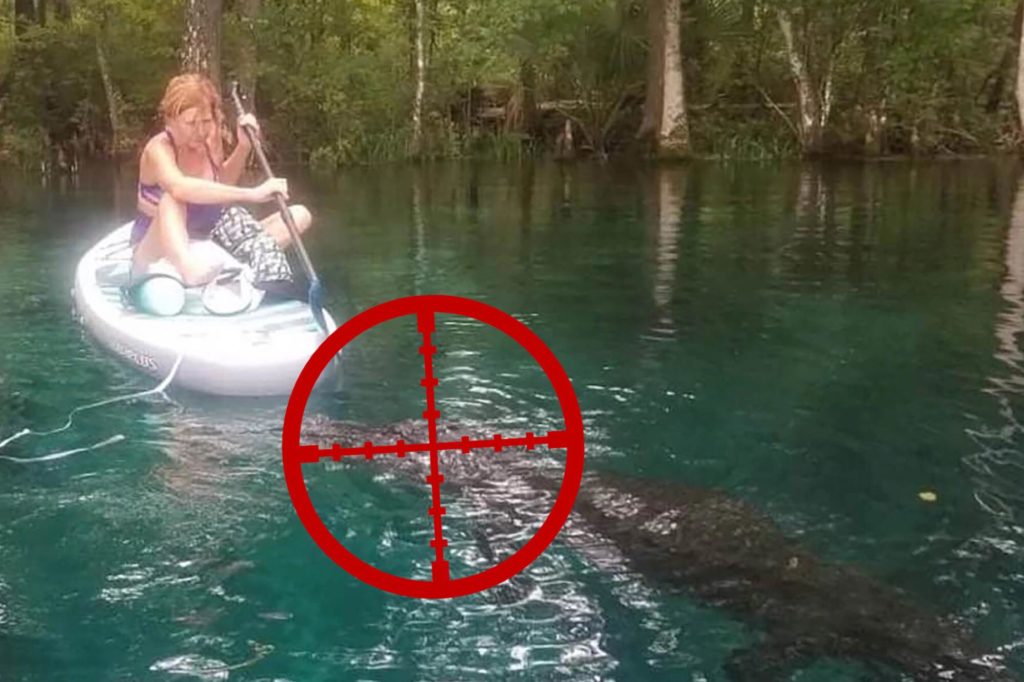 Officials cited viral video from a paddleboarder that got scared when the alligator swam within inches of her in the water where he fucking lived and did alligator shit as evidence that he “needed killin'”.

“It’s not that simple”, said park ranger Louie Kablooie. “This particular gator had become dangerous because people fed it, which makes them aggressive and less likely to avoid humans. Okay sure, I guess you can’t really fault a wild animal for eating food it’s been given, but somebody had to die and unfortunately we’re not allowed to shoot paddleboarders.”

Aside from eating food, being huge and swimming, the alligator had also been reported as participating in other unseemly alligator activities such as lying in the sun along the banks of the Silver River and minding its own fucking business.