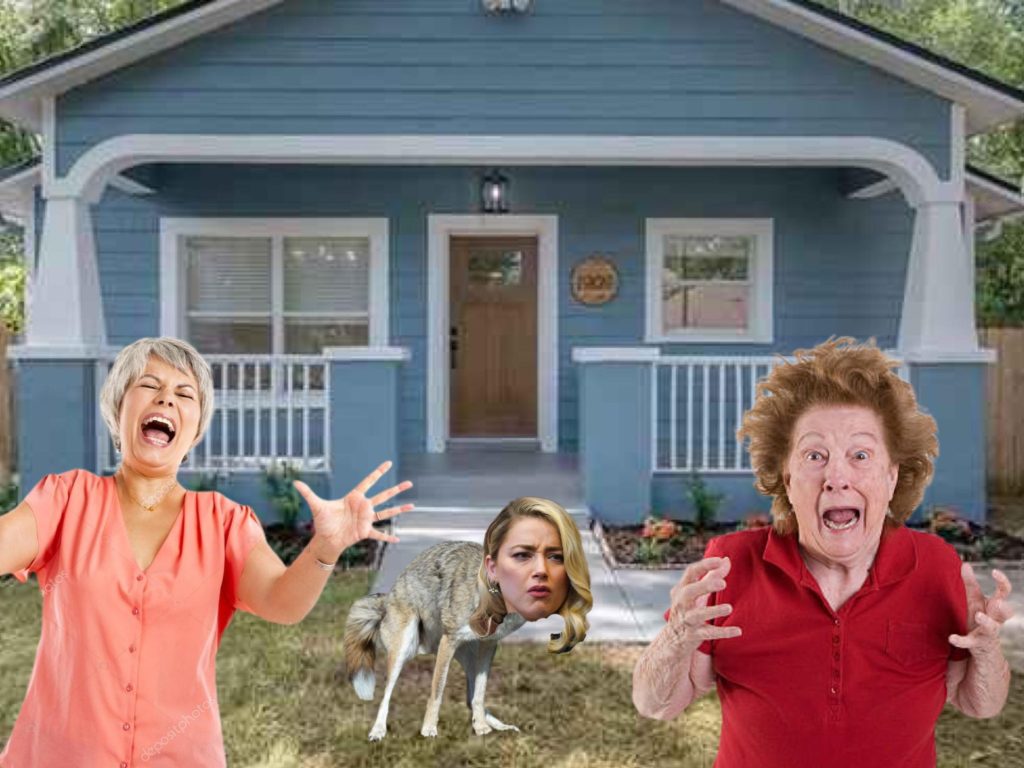 Morning after morning, local resident Ms. Cam Ille is finding her Seminole Heights home littered like a dump, as in actual crap. The tight-nitch neighborhood is no stranger to walkers and friendly neighborhood dogs, that politely clean up their poo when the urge hits. But this hasn’t been the case lately. On repeat Ms. Ille, goes to her car only to find piles of crap.

“It’s so strange. Our neighborhood dogs always carry a plastic bag with them to dispose of their contents. But now I’m ruining all my shoes with brown stains. All my shoes are white or are supposed to be”, a distressed Cam recalls the finally appropriate wearing of white after Memorial Day regulations.

“Not only are animals dumping and not scooping, but they’re also not even going in the grass”, she said. “Who poops on someone’s driveway?”

Off record, Cam admits to the two-timing dump from a homeless person last summer but not a problem anymore with the increase of porter potties at new build constructuion sites.

“That’s when it hit me, the smell and the idea that this crap is from coyotes! I can barely get my mail without spotting their bog of eternal stench.”

A member of an early morning group of runners known as the Morning Dawgs explains, “Just last week I saw a coyote coming down Bayshore after squatting on the sidewalk to take a dump. Gross! I exclaimed, ‘clean up your poop or be prepared for a fine.’ The coyote didn’t care, nor did he proceed to pay for his fine.”

“The coyote was full of shit; I knew he wouldn’t pay. He went by so fast I had no chance to catch him. I mean I do my speed work and tempo runs but if two feet are better than one, four feet are better than two. It’s not a fair race, they have more feet on the ground and more skinned marks in the game.”

The Morning Dawgs runner regularly wins her age group at local 5ks and other charity walks. The Runner explains she was just practicing that morning. But she did look up just in time.

“That’s when I saw the coyote’s golden neck collar, it said ‘Amber Heard’. And Amber was running specifically down Bayshore from the pirate ship parked in downtown Tampa. No doubt the collar name tag, a golden doubloon keepsake.”

We asked our Morning Dawgs runner- did you feel threatened, you’re a lot bigger than Amber, correct? Physically. “I wouldn’t say that. I’m the same weight since high school.”

“I’m not saying you are a liar; it’s just you weren’t there”, said Ms. Cam, seemingly bothered by this visit.

“Sometimes after a Heights pup crawl walk home, I mean I didn’t get invited to England wearing these brown shoes to listen to Beck, it’s all I can do to get in my driveway where I pass out for the night. Amber Heard coyote probably thought the driveway was my bed.”

Increases in coyotes or maybe just coyotes behaving badly, ever since Amber Heard made poop cool, Tampa (and the entire world) is like a total shit show.

Darcy Greco is the media liaison for the City of Tampa’s Coyote Affairs Department.She works closely with the mayor’s office, local law enforcement agencies and all media outlets in matters concerning human/coyote relations.

View all posts by Darcy Greco →