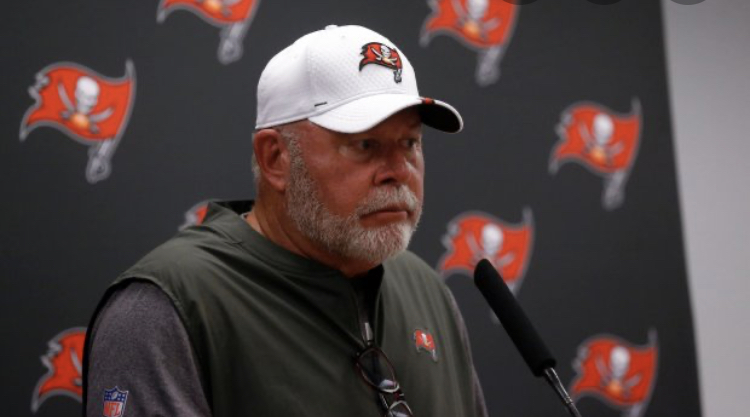 Tampa Bay Buccaneers head coach Bruce Arians is challenging the results of last Sunday night’s game, a 38-3 loss to the New Orleans Saints at Raymond James Stadium in Tampa, due to what he cites as numerous irregularities that could be indicators of fraud.

“It’s important that everything necessary is done to make sure the winner is determined correctly and decisively”, he said. “Until that happens, this game is not over, and as long as that’s the case, we’re going to keep fighting.”

When it was pointed out that the score was a clear indicator that the Saints had beaten the Bucs soundly, Arians replied, “Since when does the media determine the outcome of a football game? The last time I checked, football games are decided by what happens on the football field.”

A member of the media replied that the media had simply reported on what the scoreboard said when the game was over and Arians said, “I suppose you put the same stock in this all-knowing ‘scoreboard’ you reported on as you do in stats that say things like we produced less than half as many yards total offense as the Saints, with only eight yards on five attempts rushing with 11% third down efficiency while giving up three interceptions and three sacks, huh?” As reporters checked their notes to see that all of those stats were factually correct, Arians said, “Any negative stats are fake news.”

He then detailed incidents of what he considered suspicious activity that suggested the Bucs had been cheated and were targets of a conspiracy.

“There were only about 16,000 fans in a stadium that seats over 65,000. Why weren’t observers granted access? What are they trying to hide? Also, Tom Brady, the greatest quarterback in the history of football has never lost by more than 31 points in college or the pros and now you expect me to believe he suddenly loses by 35? All of a sudden Tom Brady sucks? Plus we have Antonio Brown now! It just doesn’t add up and I’m not buying it.”

“We won by historic numbers. And the league officials got it knowingly wrong. They got it knowingly wrong. We had plays that were so ridiculous, and everybody knew that at the time. There were no Saints touchdowns that they predicted. They thought there was going to be a big Saints win; that was false. That was done for suppression reasons. But instead, there was a big red win.” He clarified unnecessarily, “That’s us. We wear red uniforms.”

“And it’s been properly acknowledged, actually, by the media. They were, I think, very impressed,” he said as members of the media looked around at each other, all trying to figure out which, if any of them he was talking about. “But that was after the fact. That doesn’t do us any good.”

He finished his remarks saying, “WE WON THIS GAME BY A LOT!”