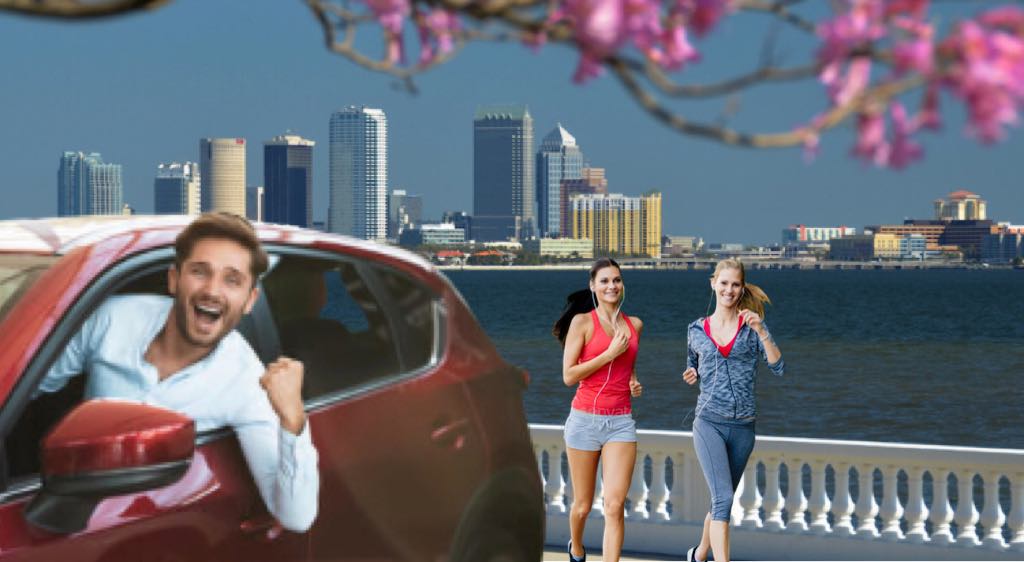 Bayshore Boulevard between Swann and Bay To Bay in Tampa will be closed to motor vehicle traffic this afternoon between 3 and 7 PM, forcing perverts to go elsewhere to ogle attractive women.

“This sucks”, said Craig Shoddleston of Tampa, while driving a Kia Sedona with stickers depicting a mom, dad, three children and a dog on the rear window. “The one source of joy in my life taken away by an overreaching government.”

The City of Tampa is co-sponsoring “Bikestock”, a free community event that will open the popular, scenic street to car-free activities, followed by a ticketed VIP Party that will help raise funds to purchase bicycles and helmets for kids and families in need.

“The City of Tampa is proud to co-sponsor this Open Streets event with onbikes.org that will transform Bayshore Blvd into a community playground for an afternoon,” said Mayor Jane Castor. “Events like this support the City’s Vision Zero mission of creating a safe road network that encourages healthy, active ways of moving around the city.”

“Great”, said Shoddleston. “How about an event for guys like me, that transforms more streets into a playground full of taut, young bodies clad in lululemon or booty shorts?”

Shoddleston utilizes Bayshore several times a week, in spite of the Selmon Crosstown Expressway being much more convenient. “Yeah, okay. Let me know the next time you see a sweaty 23-year-old in a sports bra with her ponytail pulled through the back of a pink ballcap jogging on the Crosstown”, he said. “Until then, don’t tread on me.”

“I guess I’ll just have to go check out the action at Gandy Beach, even though it’s nowhere near the South Tampa YMCA”, he said, sighing heavily. “Maybe Mayor Castor can help me explain to my 9-year-old daughter Emily why it’s necessary to go so far out of our way to get her to tennis practice.”

Other motorists should be advised that traffic in nearby areas will be impacted by higher-than-usual pervert activity.