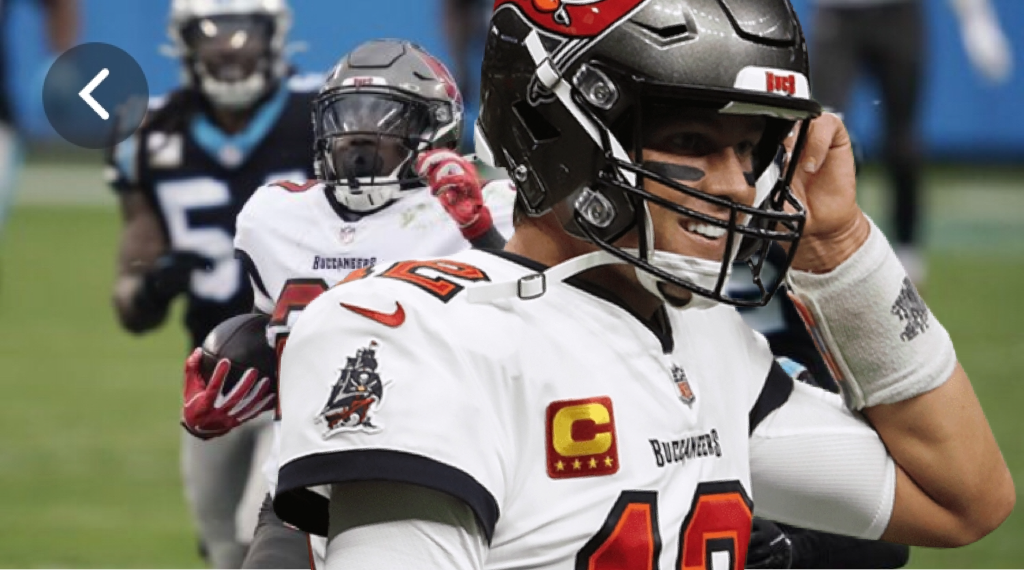 “I don’t believe I’ve ever seen anybody give the ball to some other guy better than Tom Brady did today”, said head coach Bruce Arians. “That’s why he’s the greatest of all time.”

Brady, who also went 28-for-39, with 341 yards, three touchdowns and no interceptions while scoring a touchdown completely all by himself with no help from anyone at all, said, “I don’t think people really appreciate how difficult it is to hand the ball off. You have to take the snap from center, turn around and look for the guy to hand it to, hand it to him and not some other guy, especially one from the other team and then get out of all those guys ways. It’s hard but I have to admit I’m really good at it.”

When asked to comment on Brady’s incredible performance, runnng back Ronald Jones II said, “Um, I ran for 192 yards, and a 98-yard touchdown run. I think that as a team, we…” It looked like he wasn’t going to mention Brady so I just wandered away from him while he was talking to see what Lavonte David had to say about how awesome Brady was and is.

The Buccaneers are now 7-3 this season and will host the Los Angeles Rams at Raymond James Stadium in Tampa next Monday night.