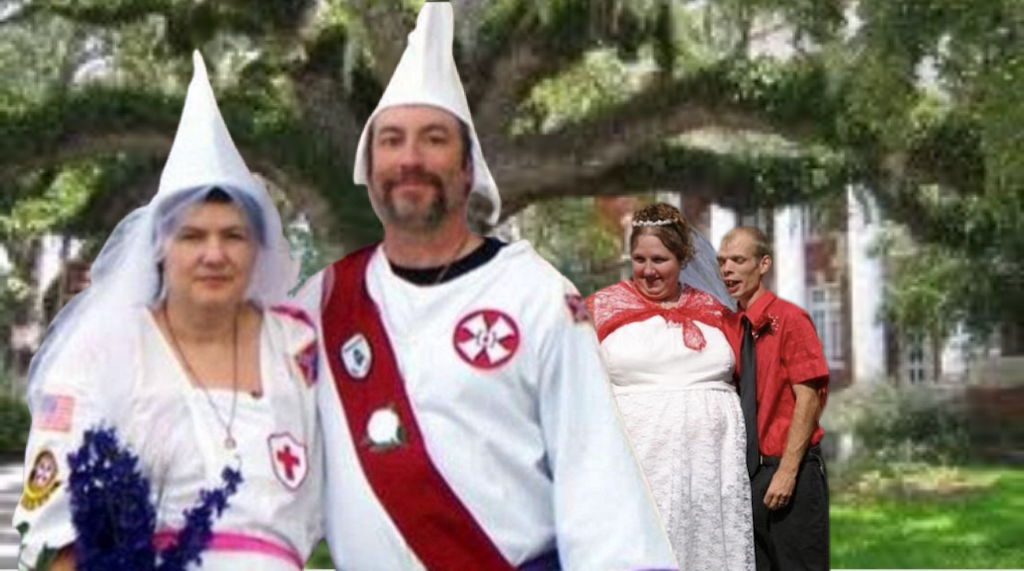 The town of Brooksville has broken the world record for most incestuous weddings in one day with 165, breaking the former record of 140, a record which was also held by Brooksville.

“We didn’t even actually plan this, it just so happened that 165 incestuous couples had planned to get married on this day, we didn’t have to coordinate anything, it was just a happy coincidence that we’re able to break the record again.” Redbull happily relayed.

The weddings were spread throughout the county, however, IncestWeddingTracker, an app developed by New Jersey company, Retro-bution, began flaring up, and users took note of the happening.

“I was monitoring the app, as usual, because that’s my job,” Said Ellen Hendrix, CFO of Retro-bution, “When all of a sudden I noticed a huge hot white spike in Brooksville, Florida, and thought, ‘whoa, these guys are trying to break a record or something.’ So I took a screenshot and counted each wedding, and I’ll be darned, it was a world record.” Hendrix said as she tipped her cowboy hat to me.

The town excitedly welcomes the arrival of a new Guiness plaque, commemorating the new achievement, and plan to hang it in the center of the Cracker Barrel.