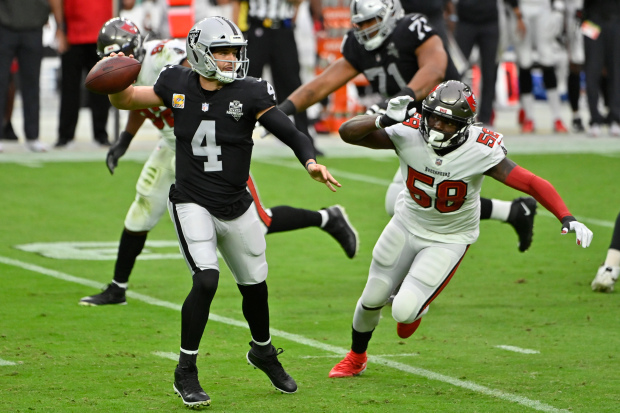 With the win, the Bucs remain in first place in the NFC South Division, improving their record to five wins and two losses less than halfway through the 2020 season, which is the same number of wins they racked up in 2017 and 2018 and only two fewer than they collected in 16 games last season.

Following the 2020 Stanley Cup championship by the Lightning, the Rays two wins away from a World Series title and the Rowdies set to meet the Phoenix Rising FC on November 1st in the USL Championship Final, the Buccaneers are easily the least accomplished professional team in Tampa Bay.

“If only each one of these wins could count as 10 wins each, maybe we could impress a couple people and be looked at the same way people look at all the other teams in town”, said head coach Bruce Arians. “I guess all we can do is just keep trying.”

Quarterback Tom Brady went 33 for 45 with 369 yards and four touchdowns in the win, which isn’t bad for a bunch of underachievers.

The Bucs next game will be on Monday night, November 2, in New Jersey against the New York Giants.