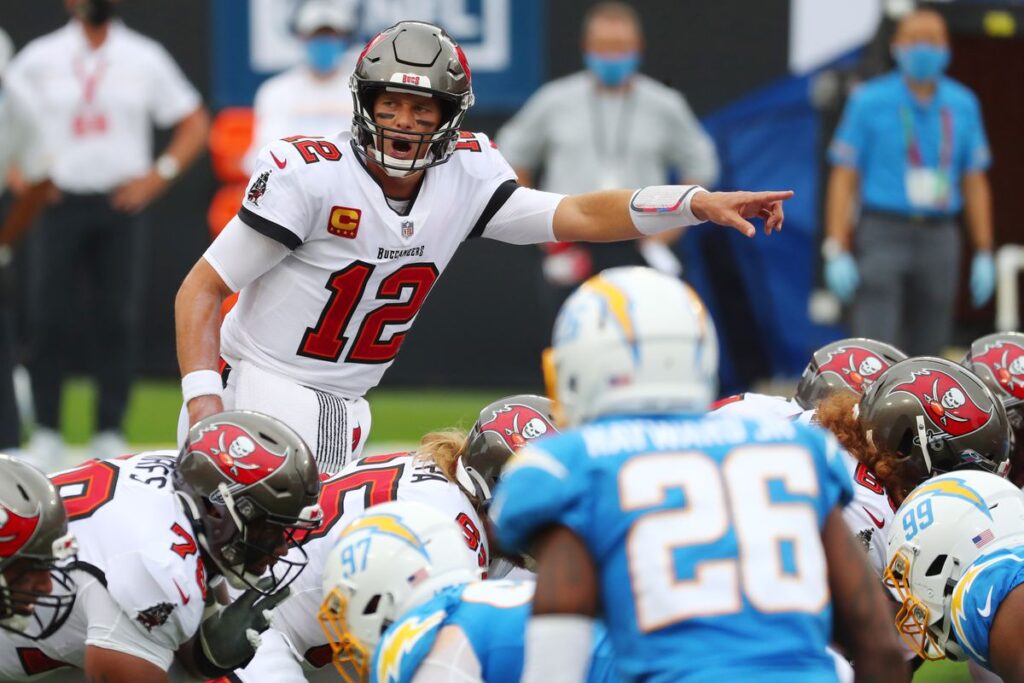 After taking an early 7-0 lead on a three-yard touchdown pass to Cameron Brate on their opening drive, the Bucs proceeded to fall behind 24-7 shortly before the end of the first half.

That’s when head coach Bruce Arians employed a radical approach; a rally. “What? Yeah, we started playing better and we came back to win,” he said to the startled members of Tampa Bay media in his post-game remarks. “Why is everybody looking at me so strangely?”

Over the years, Bucs fans have seen plenty of occasions where Tampa Bay has blown early leads as well as opponents overcoming significant deficits to come back and win but coming from behind to win is such an anomaly for the Buccaneers that many are questioning if it’s even legal.

Brady would throw for 369 yards with five touchdowns in the unsettlingly bizarre occurrence.

Long-time season ticket holder Melvin Flinch says he’s not sure how to react. “I’m happy… but am I supposed to be?” He said. “Is my team allowed to do what I just saw them do? Is there some kind of Halloween demonry afoot? Were those the Buccaneers or witches or goblins?”

Inquiries to the NFL as to whether the league will launch an investigation were met with someone laughing and hanging up so it looks like we’ll just have to see what happens and if the result of the game is upheld. If so, the Bucs are now 3-1 on the season and will travel to Chicago this Thursday night to take on the Bears.