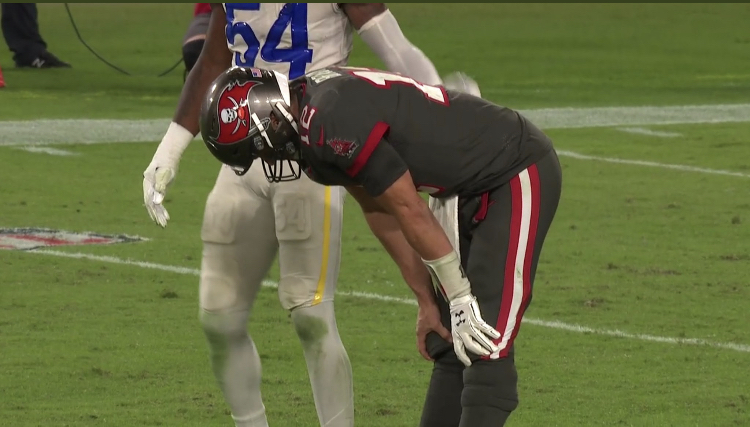 Bucs quarterback Tom Brady’s performance was subpar, as he went 26-for-48 for just 216 yards with two touchdowns and two interceptions, with the second one ending a final attempt to get close enough to kick a field goal to tie or score a touchdown to win the game.

The Buccaneers broke out their “color match” uniform combo for the first time, featuring matching pewter jerseys and pants that create a unique and aggressive look that really pops, with sharp red-and-white striping on the pants and outlining the numbers.

Meanwhile, the Rams, now 7-3, wore stupid plain off-white jerseys and pants with blue numbers and dumb yellow stripes, a look that, aside from admittedly bad ass helmets, can best be described as “trash”.

And yet, the end result was that they somehow managed to beat the Bucs, almost as though the uniforms didn’t even matter.

The Buccaneers fall to 7-4 on the season and will host the defending world champion Kansas City Chiefs (9-1) on Sunday, November 29.