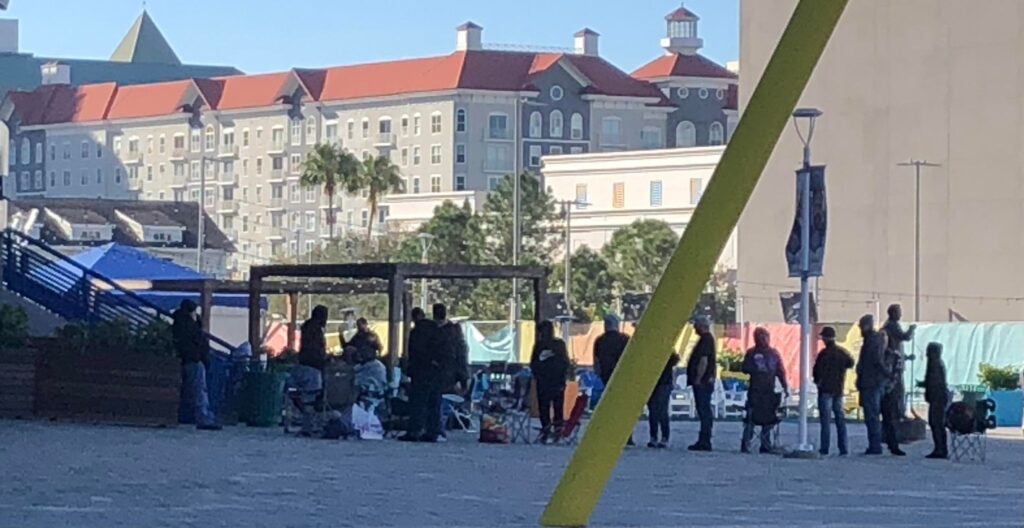 Right now, there are a whole bunch of idiots standing in line at Amalie Arena, waiting for the doors to open at 6pm prior to tonight’s Tool concert. Some of these idiots have been in line since yesterday morning, when it was raining with temperatures in the low 40s. You can drive by right now and look at them. They’re just out there, standing in line, like a bunch of idiots.

What makes this idiotic is that the Tool concert is not a general admission event. All the seats are reserved, with specific sections, rows and seat numbers. There is no advantage to being among the first people to enter the facility.

When a show offers general admission ticketing, it’s first come/first served. In those cases, there is an advantage to being among the first to enter, in terms of securing a vantage point to watch the show. The Tool show is not one of those shows and specific seating locations are all assigned at the time of purchase.

Many of the idiots in line have chairs, blankets and other amenities that will all need to be taken back to their cars before the doors open, necessitating them having to get out of line anyway.

When asked why they would line up for seemingly no good reason whatsoever, especially when local weather conditions have been relatively harsh in terms of temperature and precipitation, one of the idiots, speaking for the group, said, “Well… the sooner we can get inside, the sooner we can get out of this weather.” A different idiot cosigned, saying, “Duh!” and high-fived another one of them.

Yet another idiot said, “We’re just really huge fans of Tool. This shows how dedicated we are to the band.” Meanwhile, Tool, the band in question, could not be reached for comment because they are currently indoors at a nice hotel nearby, or maybe a comfy customized tour bus or even the arena’s dressing rooms, but definitely not standing around outdoors for no reason like a bunch of idiots.

Seriously, drive by right now and look at this bunch of idiots. The sun is out and it’s like 62 degrees, but still.