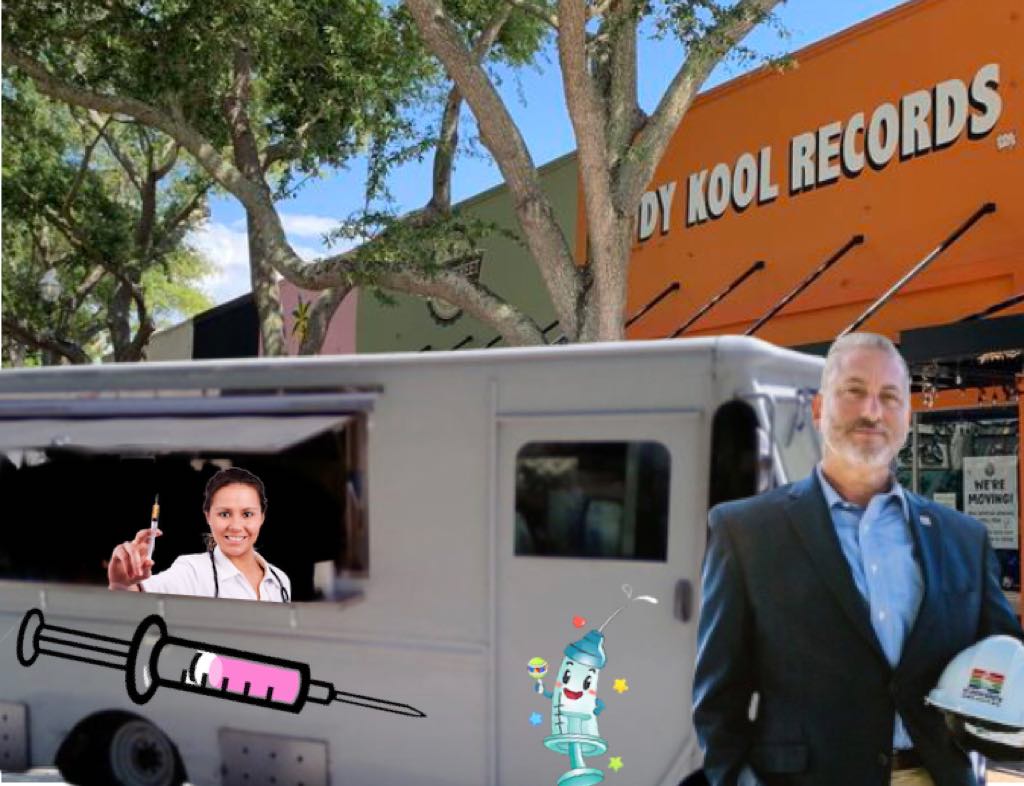 As the country prepares for the distribution of a COVID-19 vaccine, St. Petersburg Mayor Rick Kriseman, has come up with a creative way to get the treatment out locally.

“Some people are vehemently opposed to getting the vaccine and that’s an issue. But nobody is opposed to food trucks”, he said. “People love those stupid things. As if tacos served out of a Ford Stepvan taste better than at a restaurant. I don’t get it, but it stands to reason that if we make the vaccine available via a food truck, fewer people will have a problem with it.”

Kriseman said the truck has the ability to travel to a variety of locations around the city, “like a food truck, duh”, and is already offering polio vaccines and flu shots among other inoculations until the COVID vaccine is readily available.

Silma Voorhanks, a bartender at Ferg’s cites several personal reasons she has for not wanting to receive the vaccination. “For starters, it’s against my religion. Never mind what that is or the fact that most religions don’t oppose vaccines; that’s none of your business. And everyone knows that diseases are disappearing due to better sanitation and hygiene, not vaccines. Vaccines don’t even protect you; those sheeple who are vaccinated can still get sick. Ultimately, the risks outweigh the benefits. I’m not trying to get pregnant with autism-inducing nanorobots. Pharmaceutical companies simply can’t be trusted.”

But she said she saw the truck at Vinoy Park recently while she was walking her dog. “I just wanted some spring rolls. Instead, I ended up inoculated against measles. Thanks for nothing, Kriseman. Aside from significantly reducing my risk of contracting pneumonia and encephalitis, I mean. But I’m still craving spring rolls, you son of a bitch.”