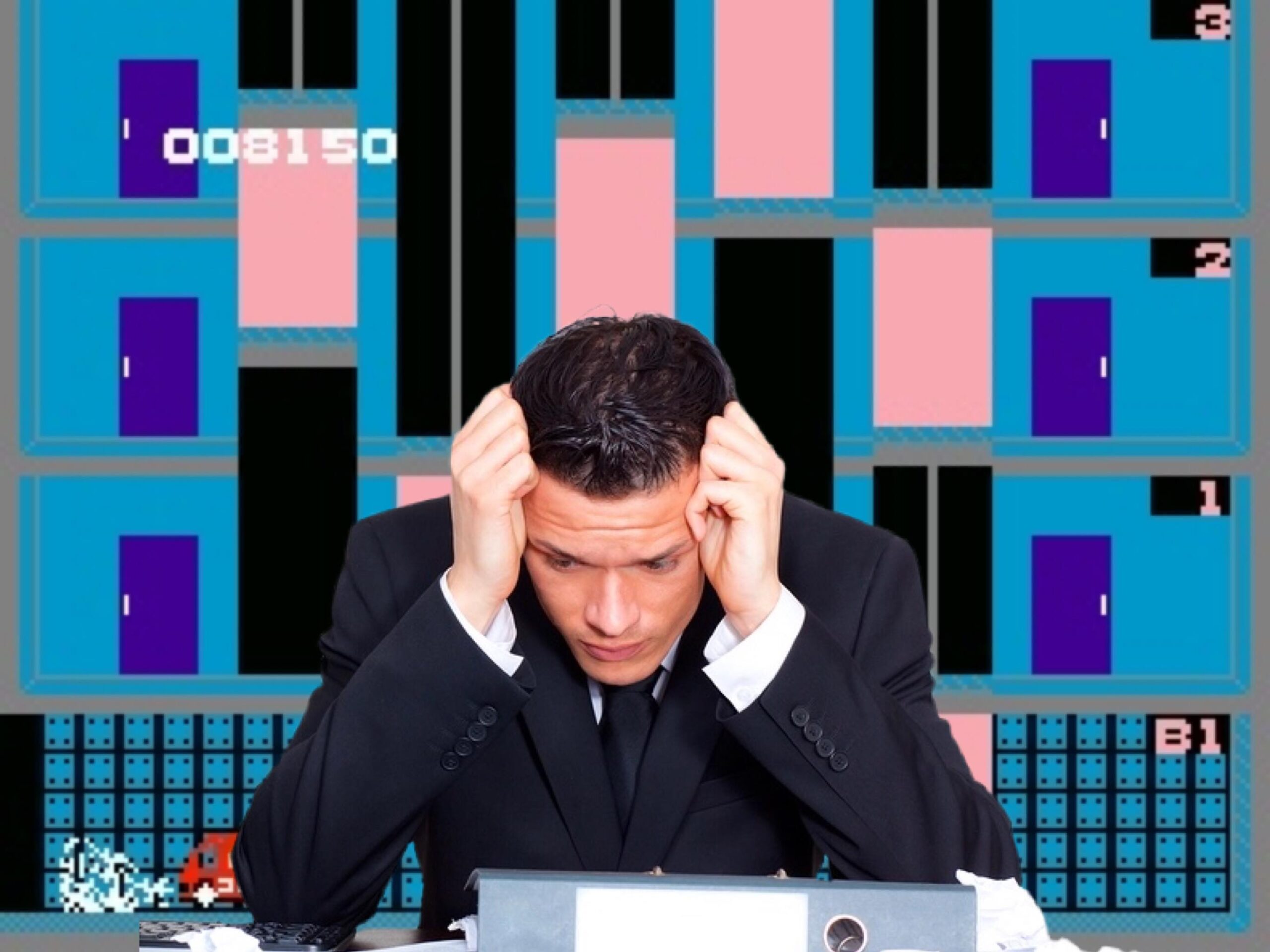 Trevor Blumthard is employed by the City of Tampa as an Elevator Operations Monitor, a job with an annual salary of $39,592.60 with full medical benefits and a retirement plan and a stress level that is almost impossible to measure.

“The job itself isn’t particularly difficult,” he said. “What I do is track the movement of elevators in Tampa, making a notation in a database every time someone pushes a button in an elevator. If someone gets on the elevator in the Sykes building and presses the button for the 14th floor, I just enter that in the ‘Sykes, 14’ column. Simple. Sure, it’s fast-paced because there are dozens of buildings with elevators in Tampa and there’s a lot of activity, especially on weekdays. But that aspect of the job is manageable.”

The stress comes from the fact that a loud buzzer sounds in Blumthard’s office every time someone presses an elevator button, and it’s a different, unique buzzer for every individual elevator. “We have to make sure that Trevor doesn’t miss one,” said Blumthard’s supervisor Carol Wolfley. “It’s to help him.”

“Yeah, I get the idea,” said Blumthard. “But it’s too much. Every time isn’t necessary. Every time?? It’s pretty much a constant barrage of various buzzer sounds. And they’re so loud!”

“That’s to make sure he hears them,” said Wolfley, who works in an office in a different building and never hears the buzzers. “I can’t be distracted with a lot of noise. I have a lot of paperwork to do.”

“Sometimes when people are in a hurry, they’ll punch the same button a whole bunch of times, like that makes the elevator go faster. It doesn’t,” said Blumthard. “What it does is triggers even more buzzers.”

“Yes, when someone pushes the same button more than once, we assume it’s an urgent need and that needs to be noted as such in the database. So that comes with its own, even louder buzzer,” said Wolfley.

Blumhard’s office is located on the ground floor at the City of Tampa’s building at 306 E. Jackson Street. “That’s because people who have held this position in the past are prone to trying to jump out of a window and kill themselves,” said Blumthard. “I’m the 36th person to hold this position since it was created in July.

Asked if the buzzers bother anyone else in the building, Blumthard said, “I’m pretty sure they can’t hear them over my screaming.”

“We’re actually going to remove the window because even though that office is on the ground floor and the chance of anyone hurting themselves is pretty minimal, people keep trying to jump out of it and we don’t have it in the budget to keep replacing the glass,” said Wolfley. “So I’m basically going to be sealed in a bunker all day? Great,” said Blumthard.

When asked why it’s necessary to compile this data, Wolfley shrugged and said, “Analytics.”