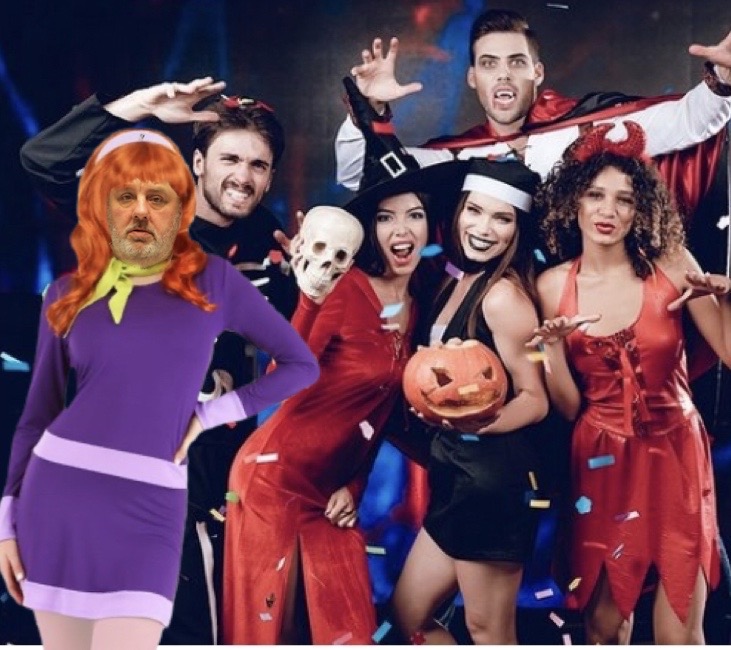 For the 35th year in a row, Clearwater’s Dave Kenneth will be required to attend a Halloween party dressed in women’s clothing due to losing a bet.

“Geez, I am either a very unlucky man, not good at gambling or something else”, he says, knowing damn well the answer is definitely ‘something else’.

Kenneth, 52, is an assistant junior varsity football coach. “I hate this so much. The embarrassment, the humiliation, the degradation, the way it feels when my nylon stockinged-legs rub together. Ugh. So terrible”, he said, shivering. “What have I done to deserve such cruel punishment?”

“I feel bad about this situation coach Kenneth finds himself in every year”, said Bart Mimburth, one of his players. “I feel especially bad when he feels obligated for some reason to try on the costumes in the locker room, several days and multiple times before Halloween. That makes me feel awful.”

When he learned of how this is impacting his players, Kenneth said, “Well, now I feel even more dirty and ashamed! Which one of them said that?”

Over the years, Kenneth has been ‘forced’ to wear a variety of feminine costumes.

“This year, I’m Daphne from Scooby Doo. Erm, I mean I’m dressing as Daphne from Scooby Doo. That is, I have to. I have no choice in the matter”, Kenneth said. “I’ve been a nurse, a schoolgirl, a French Maid, a Hooters girl. That was a good one. And by that I mean it was a bad one. You know, like how the kids say ‘bad’ when they really mean ‘good’. Yeah, that was a really good year.”

When asked what the bet is and with whom and why he keeps making it, Kenneth said, “It’s, uhh, a fantasy football thing from a league with some guys you probably don’t know. I guess I just can’t seem to learn my lesson, no matter how many times I get punished.” I asked him if fantasy football even existed when he was 17, since I didn’t remember hearing about it before the 90’s and he said, “We invented this particular version of the game. It’s more fixated on the fantasy aspect than the football. Don’t worry about it.”