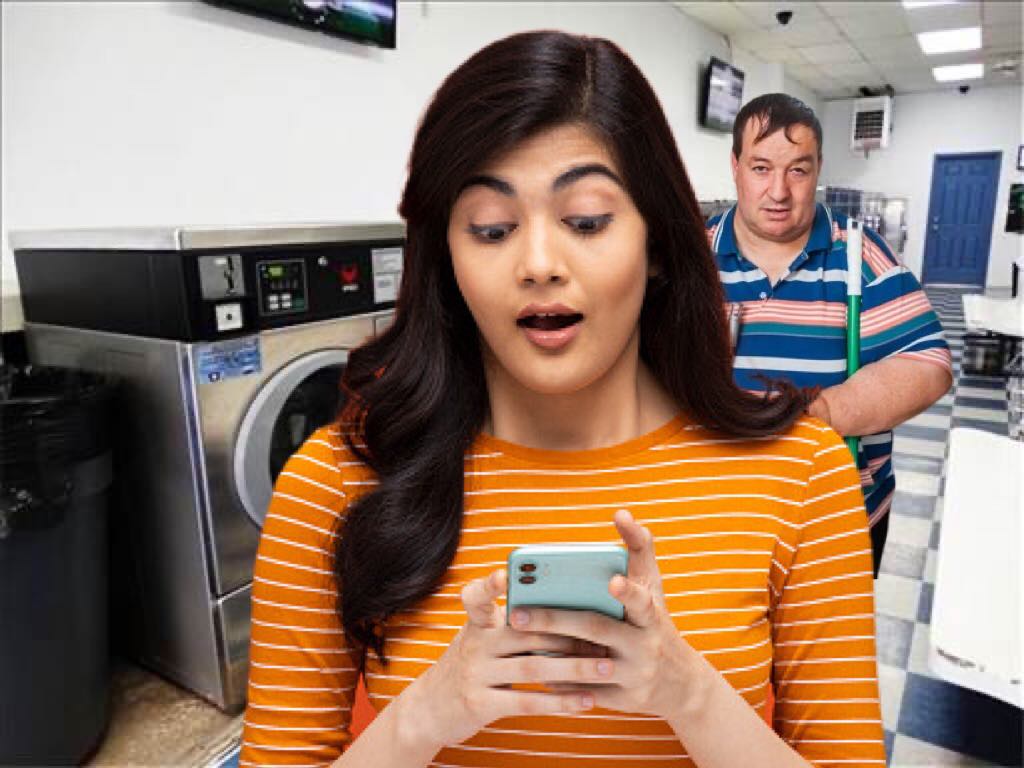 Valerie Equivocada of Clearwater is fairly certain that a guy who lives in her apartment building was the star of a video that went viral a long time ago.

“OMG, look who it is!” she texted to a friend along with a photo she took without permission of Paul Fwipple doing his laundry. “Remember him from that one video, the one where the fat guy fell down in front of a bunch of people? It’s him, that fat guy!”

Her friend didn’t remember but she remained convinced and confronted Fwipple directly.

“Weren’t you in a video where you fell down and hurt yourself and made a really funny fart noise, like back in 2010 or something?” she asked.

“I loved that video! So funny! Because you’re fat and you fell down while eating a piece of cake,” she continued. “I don’t know what was funniest, you falling and spilling cake all over the place, the fact that you were clearly injured pretty seriously, or that you farted really loudly when it happened.”

“Wait… did you actually shit yourself? I always thought you did but I was never sure. But you did, didn’t you? OMG! How many people were there that saw it all happen. Like, a dozen or more? That had to be really embarrassing! How did you not kill yourself? Ha ha ha ha! I know I would have. You probably should have, huh? Ha ha ha ha!”

“I just remembered; it was at a birthday party, wasn’t it?” she pressed on. “OMG, was that your birthday party?? It was, wasn’t it!! OMG!! Everybody who was there had to be your friends and family! Thank God one of them got it on video! Ha ha ha ha ha!”

Fwipple looked around nervously and said, “I honestly don’t know what you’re talking about, but please, leave me alone. I’m just trying to finish my laundry.”

“Okay, okay,” said Equivocada, as she left the laundry room while starting an Instagram story featuring Fwipple. “Hey birthday boy, look at me!” she yelled while pretending to lose her balance and making a fart noise. “Ha ha ha ha ha!”

“Fuck,” said Fwipple to himself, realizing he would need to move yet again because he was definitely the guy in that video.

← DeSantis not sure what to do about JuneteenthIlluminati begins accepting applications →