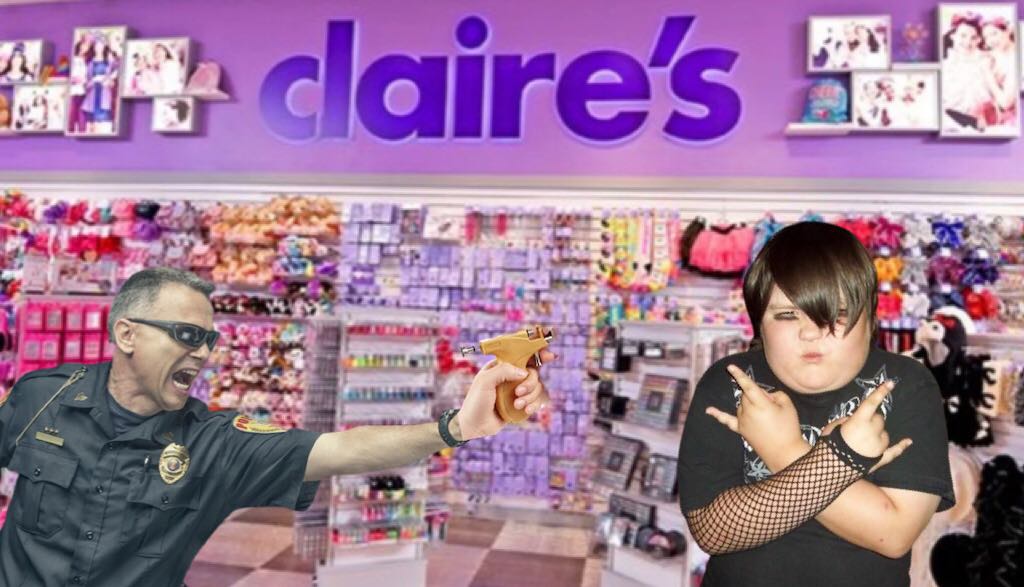 A police officer who also works at Claire’s in Westshore mall accidentally pierced a teen boys penis after threatening to shoot him in the crotch.

The officer who had previously commanded the boy to comply claimed he would shoot his firearm into the boys crotch if he did not obey.

“I will shoot you right in your dick if you don’t put down the guava beans!” Shouted the officer according to the police report.

When the officer reached for his firearm he did not realize he had misplaced it and accidentally holstered his piercing gun from Claire’s which he uses to pierce ears.

“I pulled out the piercing gun, which I thought was my pistol, and pulled the trigger right in the boys crotch, and I accidentally pierced his manhood.” Said now-suspended officer Jack Nuts.

“I actually like it.” Said Pierre Bordeaux, the teen who accidentally had his penis pierced instead of shot off by the cop.

“I really like stealing guava beans the most, that’s my favorite, but my pierced penis is now a close second.” Bordeaux winked and smiled.

“I make videos of me accidentally getting my dick pierced by a fake cop then we have sex.” Bordeaux said.

“But we make sure the cop wears a fake novelty uniform because impersonating a cop is punishable by law. But I mean, what are they really going to do anyway? Pierce my dick again?” Joked Bordeaux.

Bordeaux was also paid 17 million dollars by the police force in a lawsuit.