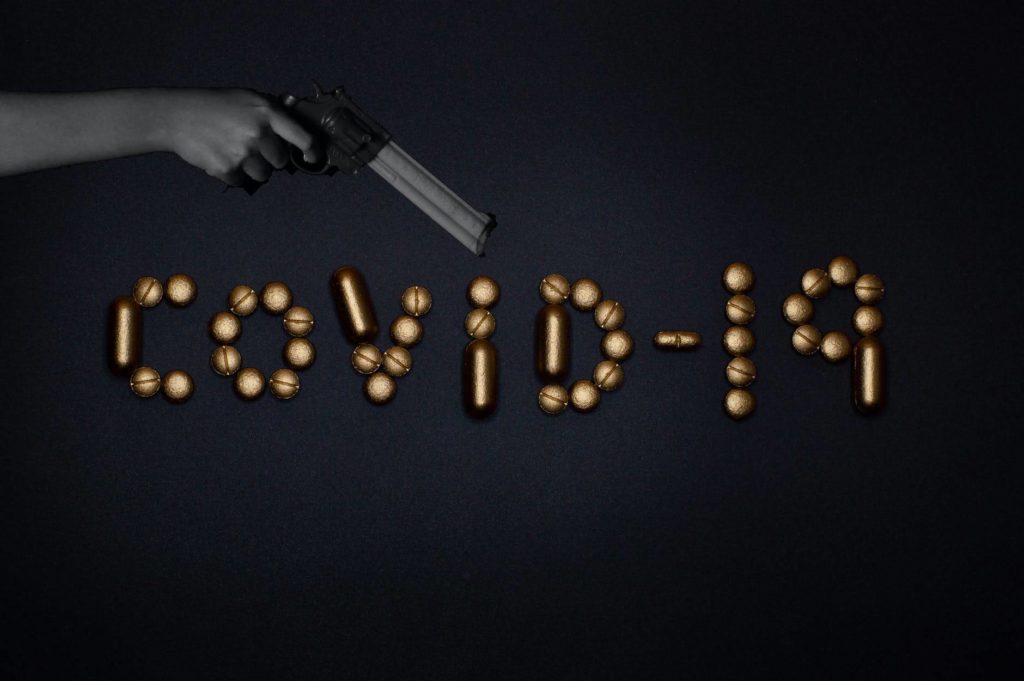 Covid-19, AKA Coronavirus (for some reason) has been declared dead after contracting Coronavirus, wiping the virus from the world after months of massive destruction.

“I know you’re not supposed to celebrate a death,” said Tampa resident Brenner Yuletide, “But I’ve got to say, I’m happy this mean SOB is dead!” Yuletide continued.

“Everyone didn’t handle this well. We should have done something different. I don’t know what, but I know it should have been different.” Yuletide finished before closing his Google Hangout window.

However, after closing the window, Yuletide did not know how to hang up the call, so I could hear everything going on in his house, without him realizing.

“Oh boy I can’t wait to jerk off now, that we’re all healthy, and I can go back outside. But I can’t go outside without dumping a couple nuts into my shag rug!” Yuletide rejoiced to himself.

After 6 minutes of borderline self-abusive masturbatory practices, I heard Yuletide notice his Google Hangout call was still on.

The death of Covid-19 is being widely hailed as a “miracle” and “definitely the work of God, specifically the Christian God.” Claimed countless tweets and Tik Tok’s.

The president decided to keep his legs after publicly speculating that “legs were the cause of the virus,” but now that the virus is gone, he does not feel the need to remove his lower half.

Covid-19’s only known family members refused to speak on the death of their kin. Presumably in hiding due to the waves of hate they weathered throughout the quarantine, they have not been heard from or seen since the confirmation of Coronavirus’ death.

“I know something else will come soon.” Said Mengia Flumeyana, local seer for the Psychics Association of Medicine.

“I can see the future, and I know something will happen again. What it is, I don’t know, my powers are only so strong. My vague prediction will come true though however, because I leave my predictions so vague, that no matter what happens, I can still take credit for predicting it.” Flumeyana said.

A funeral for Covid-19 will be held at our Lady Liberty Mourning House on West 63rd street at the cross roads of Lincoln and Pooch street, by the large blue dumpster at 3:32pm on September 3rd.