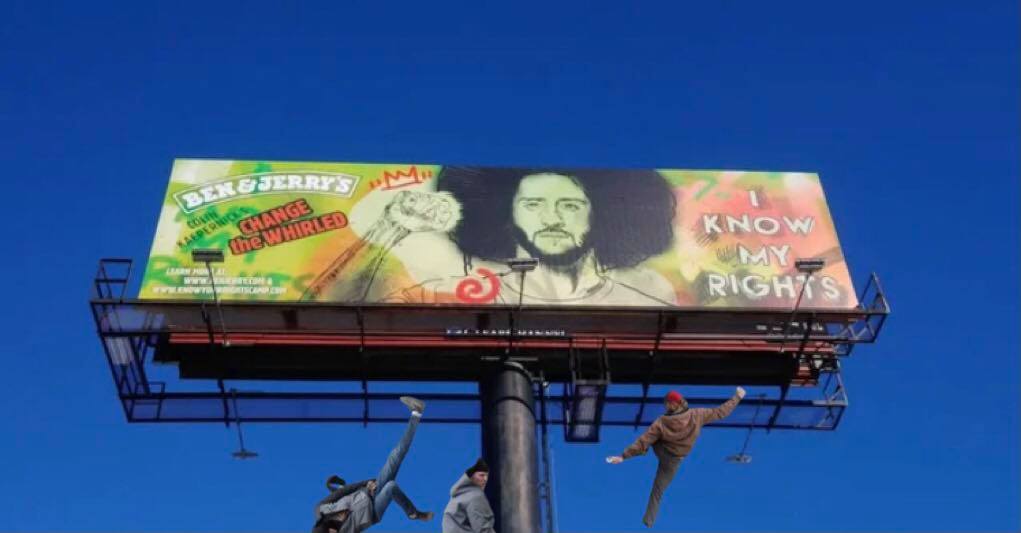 The billboard was unveiled Monday and features a rendering of the civil rights activist and former NFL quarterback with a raised fist, promoting one of Ben & Jerry’s newest ice cream flavors, “Change the Whirled”.

“People keep trying to climb up there to deface the billboard,” said county official Paul Swapton. “So we greased the pole so they can’t do that anymore. Problem solved.”

Kaepernick, an outspoken critic of police brutality and racial inequality, has not played in the NFL since 2016, when he gained notoriety for taking a knee during the national anthem. That gesture along with his stances on social issues have made him the center of controversy and a target of ire among many who disagree.

“We understand that some people have an issue with Mr. Kaepernick’s views but we can’t sanction the destruction of private property for that purpose”, said Swapton. “And we’re not trying to stifle anyone’s right to express their dissenting opinion, but somebody’s going to fall and get hurt.”

When asked why only the top ten feet of the 60′ pole is greased, he replied, “Who said anything about not wanting them to fall and get hurt?”