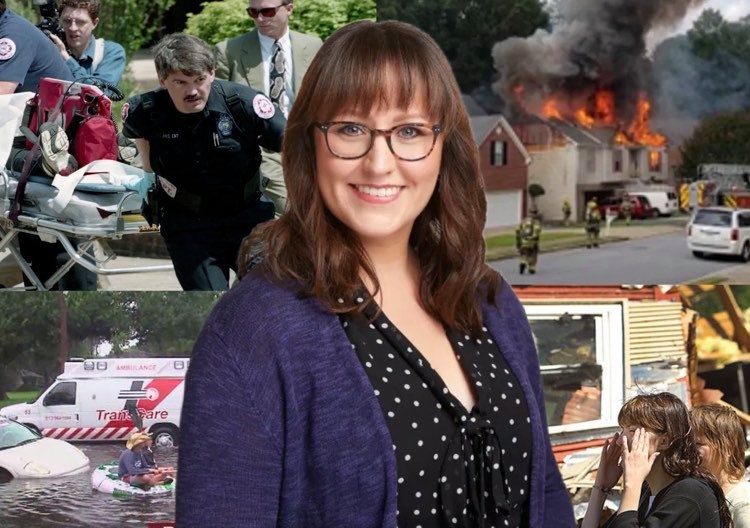 Samantha Lewis, a professional crisis actor from Oklahoma is officially running for governor of St. Petersburg on the platform of “no more fake news.”

Lewis, a lifelong independent voter, recently retired after a full career of faking being involved in national tragedies, to forward a political agenda.

“Yea, it wasn’t necessarily the government that would hire me for these things, it would be companies, whether it were gun lobbying firms or religious interest groups, I was one of the top actresses, I could sway the masses like I was playing a violin, and I’m good at that, so you know I was good. And with these mask mandates, I’ve been able to do 5-10 jobs a week playing different people on the news who make up lies for money.” Said Shelby Lewis, Samantha’s sister, who also is a crisis actor and is handling her sisters’ gubernatorial campaign.

“Me and my sister don’t really agree on her platform.”

“Oh, sure, yea, whatever.” She shook her hand dismissively, going back to digging through a large cardboard box full of shirts.

“I just got my sisters new campaign shirts.” Lewis said pulling one it.

It read “Come 9 my 11’s.” With a thumbs up image punctuating the sentence.

“It’s an inside joke between me and my sister… Do you think people won’t like them?” Lewis asked with an air of sadness and concern.

“Oh f**k I’m an idiot!” She completely regretted her decision in a wave sudden realization.

“What the hell is wrong with me!” She panickedly screamed.

Then her sister Samantha walked in the room.

“Is everything ok in here?” The candidate for Governor asked with a worrisome tone.

“What are those shirts?” Samantha asked, all the blood from her face drained, frozen in stone cold shock.

“Oh these?” Shelby tried to cover it up and ball it up before her sister could get a good look at it.

“This guy brought them in here!” Said Shelby, pointing to me.

“Get out of here!” Samantha shrieked in violent anger.

So I left after that, and I actually forgot to have my phone record our conversation prior to this moment so unfortunately I lost all my notes which contained a detailed synopsis and intellectual riffs which flowed totally smooth and could never be duplicated.

It’s quite a shame, truly, that I can’t remember specifics of what took place. My bad.