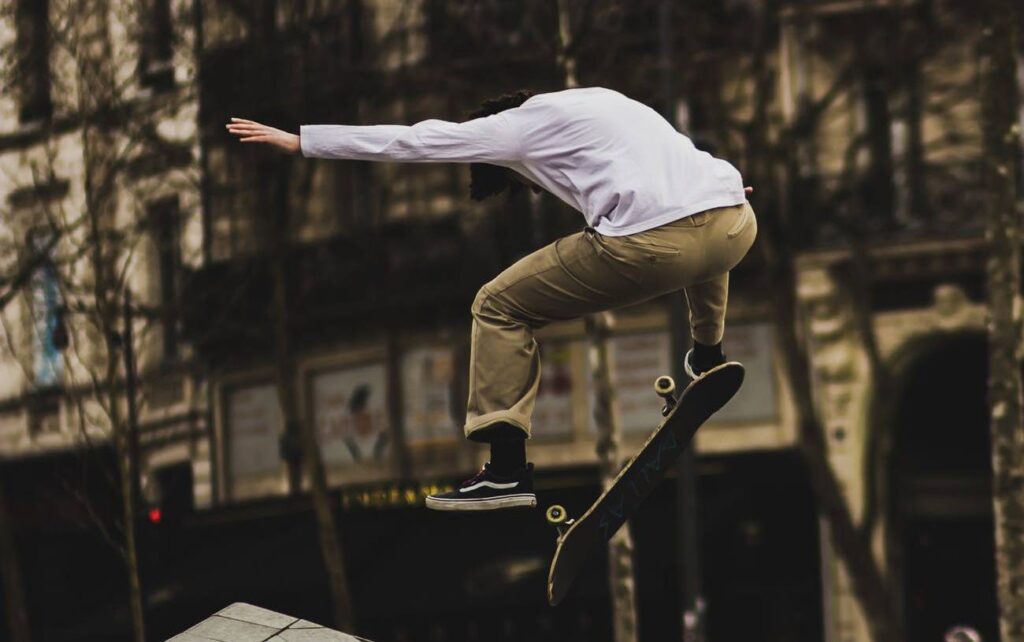 “I wAs JuSt tRyIn tO sHoW I wAs sTiLL hIp, wIthOUt bReAkiNg mY aCtuAl hiP!” exclaims Doug Slovinsky, (AKA D-DoG) as he spoke upper and lowercase lettering.

We met up with “D-DoG” at Tampa General to get the full story.  “It started out as a normal Saturday”, said Doug as he squirmed about his hospital bed.  “I was just trying to show my kid’s I still got IT. You know?”

According to Doug he was going for the legendary One-Footed Smith Grind with Bob Burnquist, when things took a turn for the worse. “I thought I had the perfect line for the famous long HANDICAP RAMP RAIL. I started strong, but about halfway down the rail I knew it was all…’downhill’ from there.” Smirked Doug as he couldn’t help himself from throwing in a dad joke during this devastating time.

Doug proclaimed he came from a long line of gamers, before sharing with us a painful memory of his dad, Donald a.k.a “D-DoG Sr.” injuring himself when Doug was a kid.  “It was Christmas, ‘85, I remember it like it was yesterday”, said Doug with tears now in his eyes, as his silly dad demeanor slowly faded into an ominous tone, like a war veteran recollecting on darker times oversees.

“I was just a boy!” exclaimed Doug, as he feverishly shook remembering the unboxing of the new NES console he got for Christmas. “After setting up my Nintendo, my dad asked to play Mario Bros with me. Still to this day saying yes, is one of my biggest regrets.” Doug explained what happened next isn’t for the faint of hearts, and he wouldn’t wish that on his worst enemies.

“To preface, my dad had never played NES before, I was lucky enough to play it at my friend Rodney Recloose’s house a few months prior.” Doug continued, “Super Mario Bros. World 1. Level 4. Yeah, the first castle level.  My dad got so excited he broke his hip while twisting so hard to the right, trying to get Luigi to jump farther.”

Doug, now with tears in his eyes, said the sound of it breaking, still wakes him up in the middle of the night. Doug’s Doctor, Steve Caballero, said these types of injuries are hereditary and rarely skip a generation.

We at Tampa News Force asked Dr. Caballero what the best course of action was to a speedy recovery. He explained, “After surgery, just rest and a steady diet of Mountain Dew, and Mr. Slovinsky will be back on them sticks, shredding in no time.” Doug said he hopes his experience inspires other dads to be careful, before they end up making the same mistakes he and his father made. When asked if he has any final thoughts on the situation, Doug exclaimed “In the words of Goldfinger, So here I am, doing everything I can, holding on to what I am, pretending I’m a Superman!”

David Wayne is one part of the How to Die Alone podcast and the provider of Daily Dose of D.

View all posts by David Wayne →