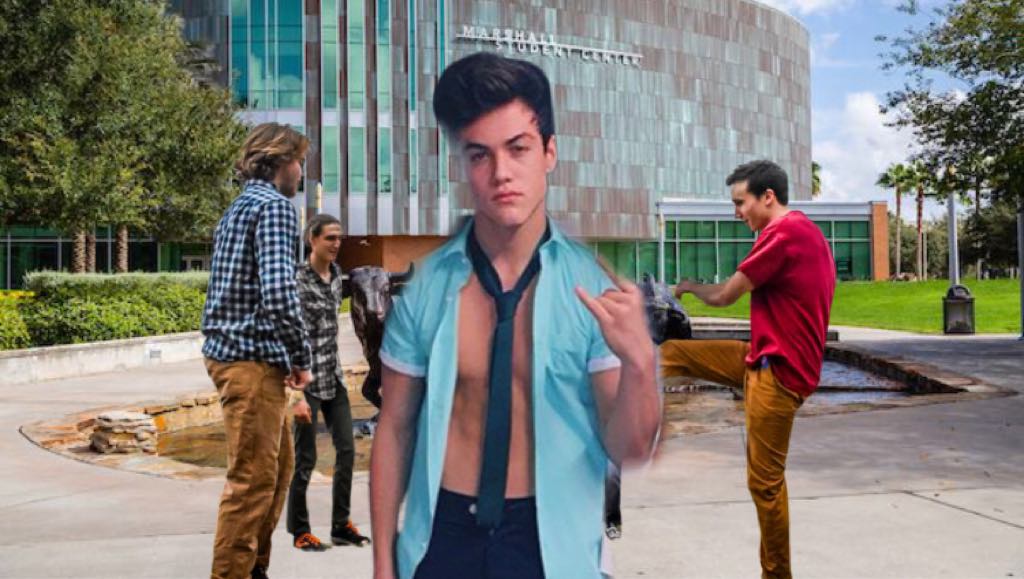 “It came on so suddenly,” said Mike Penlip, a sophmore at USF in Tampa. “I had this overwhelming urge to binge the Joe Rogan Experience.”

Penlip was your average hardworking USF student. He was studying Accounting with a minor in Finance. All of his extracurricular activities were academic, and he took school very seriously. He never once partied during his two years at USF. In fact he’d only had alcohol once in his entire life, a sip of wine at his Bar Mitzvah in 2013.

That all changed one afternoon as Penlip was waiting in line at the campus cafeteria. A group of fraternity guys were playing hackey sack. The ball went a little too far, flying directly down Penlip’s nose, ripping off his mask with the momentum. The hackey sack landed directly into Penlip’s Tervis, which was opened temporarily, so he could fill it with water.

Penlip immediately pulled his mask back up and went to the bathroom to scrub out his Tervis. Unfortunately, it was too little too late. Shortly after the incident, Penlip caught the newest COVID Variant – Delta Alpha Beta (DAB for short).

“He used to be so deep and interesting… now all he talks about is Bitcoin and vaping,” says Penlip’s long time girlfriend.

Luckily, this variant seems to not be affecting those who are currently already in a fraternity. Also studies are showing that you may still have immunity if you were in a fraternity, and graduated within the last 10 years.

A vaccine is in the works, the major ingredients are PBR and Adderol.