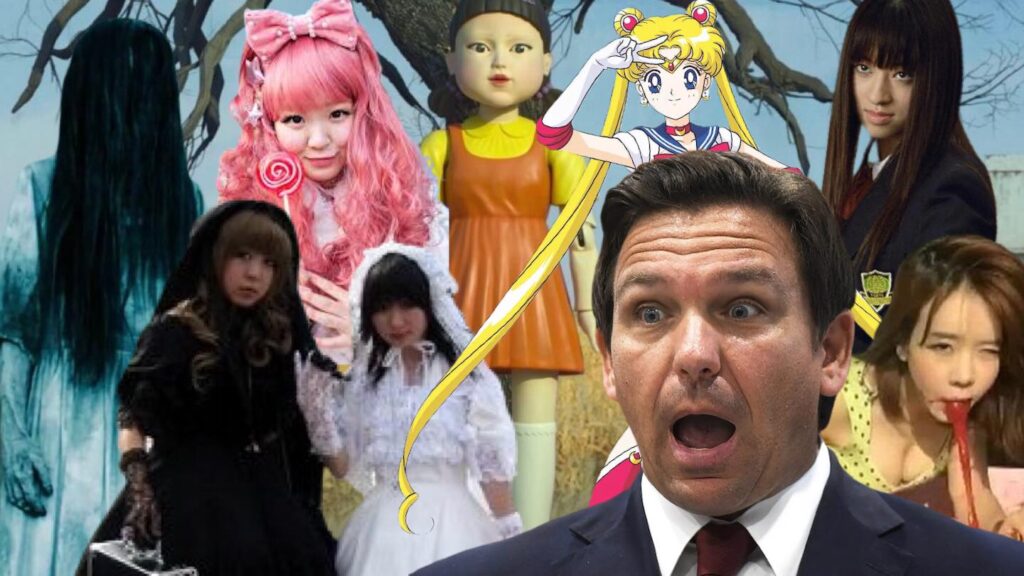 In sweeping new stateside legislation introduced and passed into law entirely by Governor Ron DeSantis himself, what are described as “freaky Asian chicks” are now illegal in the state of Florida.

“Man, they’re weird”, said DeSantis. “I don’t know what they’re up to, with their backpacks and schoolgirl costumes and coy giggling, but it can’t be good.”

The measure, rushed into law late last night by DeSantis who showed up at the State Capitol building in pajamas and a bathrobe, is believed to have originated from the Governor binge-watching “Squid Game” on Netflix.

“Sure, that was part of it”, said the Governor. “That shit was creepy as hell and I still don’t understand what was supposed to be happening. Was that thing a robot or a statue or what? Regardless, when you factor in the serious threat posed to the United States and Florida by China as well as the spooky way that girl in ‘The Ring’ moved around, this move is totally justified as a long-overdue, necessary safety measure.”

When it was pointed out that the completely fictional “Squid Game” is Korean and “The Ring” was originally a Japanese horror film, with an American remake, DeSantis said, “That’s why I’m outlawing all the Chinese girls, not just those ones. Can’t be too careful!”

Under the brand new law, anyone caught being “any combination of freaky, Asian, and/or a chick” will be subject to immediate apprehension and incarceration for an as-yet-to-be-determined period of time, that will be at least long enough for their hair to “go back to its ‘normal’ color”.