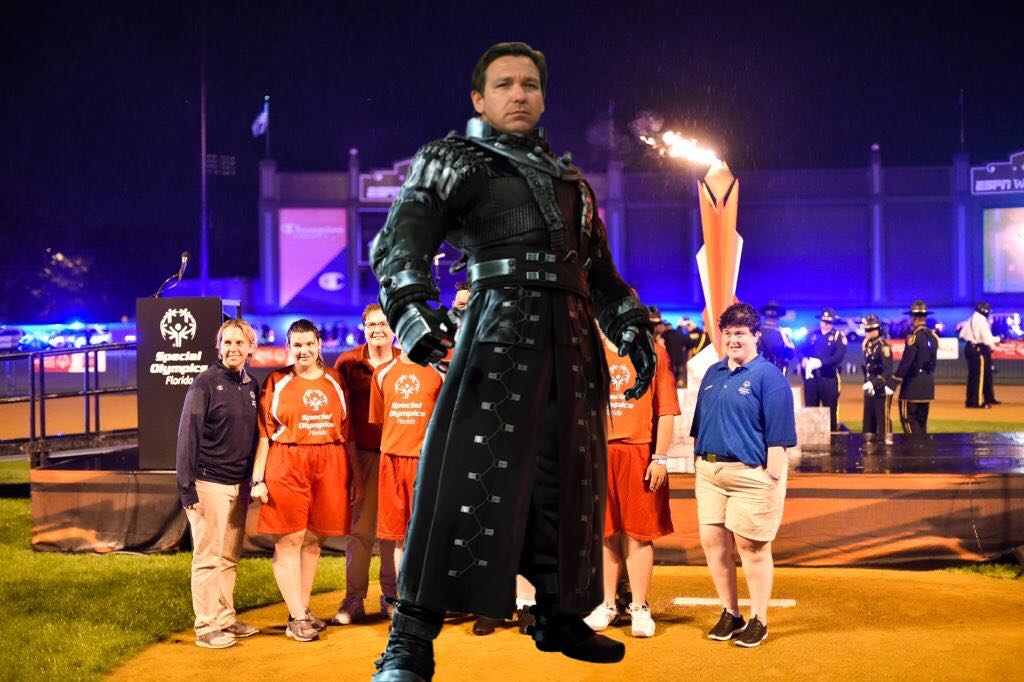 Florida Governor Ron DeSantis took another huge step forward in his quest to earn the somewhat coveted Tyrant Master Badge by threatening the Special Olympics with $27 million in fines for 5,500 violations of state law for requiring proof of coronavirus vaccination for attendees or participants.

The Special Olympics dropped the restriction and released a statement that said, “We don’t want to fight. We want to play.”

tyranny
[ tir-uh-nee ] noun, plural tyr·an·nies.
1. arbitrary or unrestrained exercise of power; despotic abuse of authority.
2. the government or rule of a tyrant or absolute ruler.
3. a state ruled by a tyrant or absolute ruler.
4. oppressive or unjustly severe government on the part of any ruler.
5. undue severity or harshness.
6. a cruel or harsh act or proceeding; an arbitrary, oppressive, or tyrannical action.

“This one checks quite a few boxes, doesn’t it?” a clearly pleased with himself DeSantis asked rhetorically. “No way the International Tyranny Review Board can ignore this one.”

The tortured soul of former Turkish military officer and original inspiration for the concept of what would come to be known as genocide, Enver Pasha, speaking from deep within the bowels of Hell, said, “Sure, I’m directly responsible for the deaths of over two and a half million Armenians, but a multi-million dollar fine levied toward the Special Olympics? Jesus Christ, man.”

“I mean, I’m the Former Minister of War of the Ottoman Empire and a convicted war criminal but I’m not a dick.”

“Oh come on. My record when it comes to accommodating the handicapped is consistent,” responded DeSantis. “And you’ve seen these so-called ‘special’ people. Always happy with living in the moment and loving people unconditionally. Clearly they can’t be trusted.”