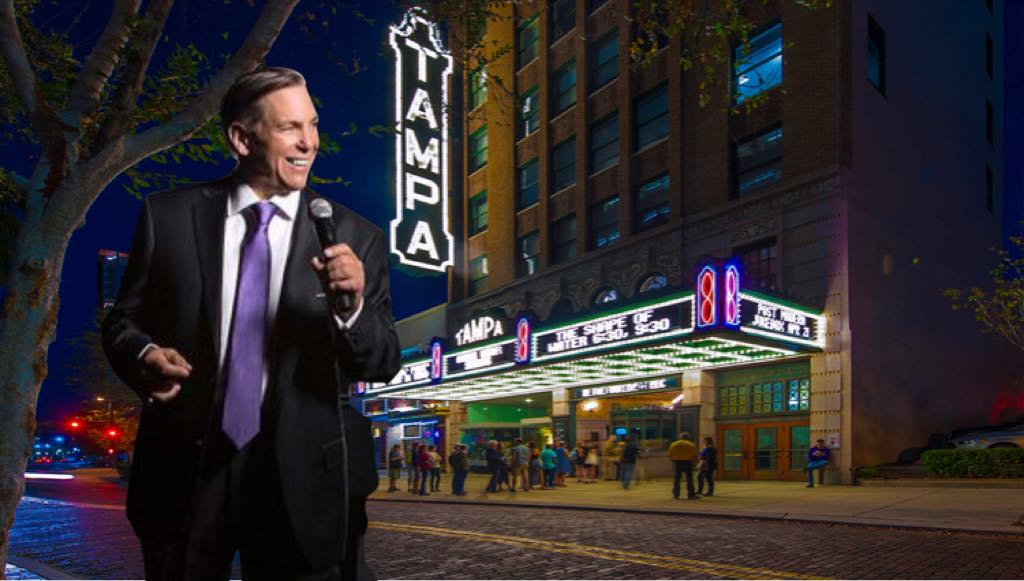 Following a recent run of successful shows by Louis CK at Side Splitters Comedy Club in Tampa, stand-up comedian Larry Jobrovani is hoping to get himself uncancelled with performances he has scheduled for tomorrow night at Tampa Theatre.

“Yeah, I guess the snowflakes couldn’t handle me and my honesty. I’m of the belief that comedy needs raw, original content,” said Jobrovani. “Well, excuuuuuse me!”

Jobrovani hasn’t performed since 2017, which he attributes to “cancel culture” and which booking agents attribute to “he sucks”.

“The highlight of my act is answering audience questions in a variety of ethnic accents”, Jobrovani said. “Audiences love it!”

“His entire act is antagonizing audiences with a relentless stream of poorly executed racist stereotype accents”, said Eleanor Boozler, manager of the HaHacienda Comedy Zone in Wimauma, a region whose population is 61.5% Hispanic, fourth highest in the state of Florida. “Audiences hate him, and us by association.”

“I’m a certified killer!”, said Jobrovani. “My comedy is lethal!”

“His comedy is lethal to box office receipts”, said Boozler. “That’s about it.”

“There’s no scandal! There never was! It’s not ‘cancel culture’ when the public decides they don’t want something and private businesses happen to agree with them”, said Boozler. “Being a shitty comic isn’t scandalous. It’s not even an unusual occurrence.”

Meanwhile, officials at Tampa Theatre said Jobrovani is not booked to perform and don’t know why he claims he is. “We’re getting phone calls and we don’t understand why”, said Tampa Theatre spokesperson Mary Wyndecotte. “And they’re not asking for tickets, believe me.”

“I said I’m performing at Tampa Theatre, not in Tampa Theatre”, Jobrovani said. “I’ll be standing outside The Hub until the guy with the hot dog cart shows up, at which time I’ll continue my Tampa Bay Tour by moving across the street and setting up on the front steps of TECO Energy Plaza.”

“We don’t know Mr. Jobrovani but it sounds like the kind of entertainment we wouldn’t want to present to the public anyway”, said Ms. Wyndecotte. “We will be showing the classic 1947 Bob Hope film, ‘Follow That Chinaman!’ that night.”