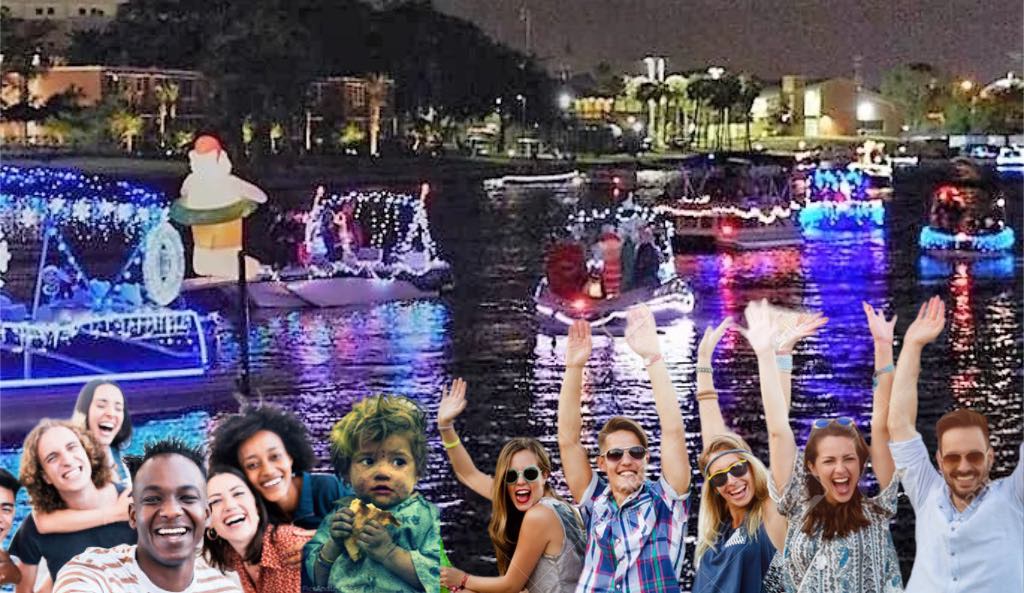 Tampa’s annual holiday lighted boat parade took place last night on the Hillsborough River, featuring wealthy people showing off what they use to enjoy one of their many expensive leisure pursuits to the delight of people who are one paycheck or less from being homeless.

“They’re so pretty, all lit up with beautiful Christmas lights! It’s almost magical”, said Sonya Pleebles, who huddled with friends and family members to catch a glimpse of the parade at a home along the banks of the river until the people who live there called the cops.

The route began at the southern tip of Davis Islands, travelled through the Convention Center basin and up to Tampa Heights, where the boats turned around and headed to Sparkman Wharf where trophies were presented for doing a swell job of showing the world how much fun you can have if you can afford to blow lots of money on a hobby.

The competition was judged by participants in the Big Brothers Big Sisters of Tampa Bay program, whose next highlight may be getting to go to a Rays game next summer – like, on a Tuesday, against the Royals – if they’re lucky.

“I think the less-thans really enjoy this”, said Dick Schnaggle, a yearly participant in the self-indulgent pageant. “I spend an hour or two stringing up some lights, or have someone do it for me, take it out for a spin and then they get to stand around and look at it, which is a holiday treat for them.”

“Of course, I’d never let any of them actually on board, but getting to look at my boat from a distance once a year is as close as most of them will get to any kind of a Christmas miracle”, he added. “And that makes me a good person.”

“I got to see the boats!”, exclaimed 6-year-old Delia Fesher, as she gnawed on a crust of bread she’d received as both a birthday and Christmas gift, with her birthday having occurred in October. “Now I know the true meaning of Jesus’s special day!”