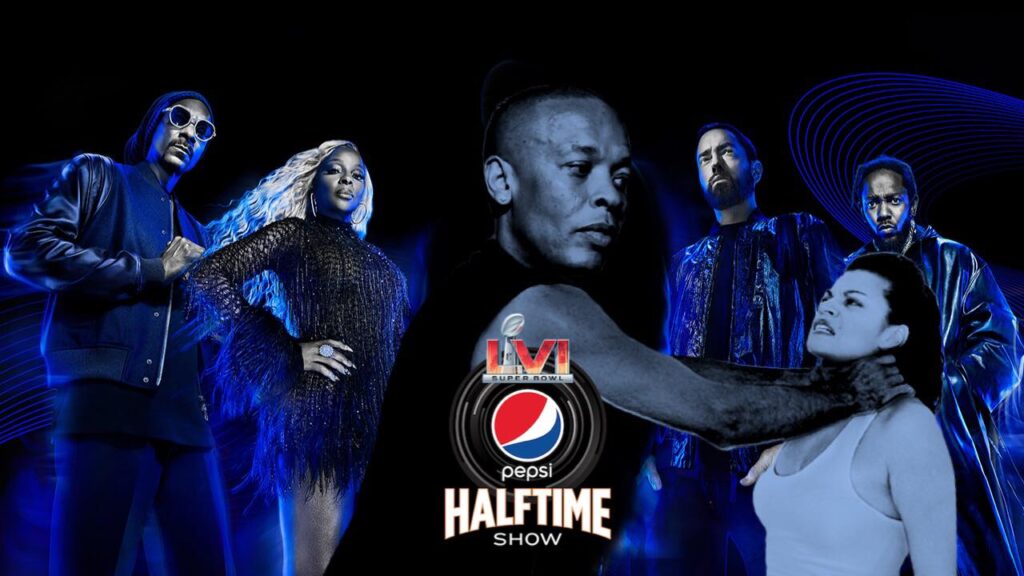 New York— The NFL announced today that world renowned reader of other people’s lyrics and head phone CEO extraordinaire, Dr. Dre, will not be able to perform at Super Bowl LVI in Inglewood, California.

According to half time show producer Jay-Z, while eating a cheeseburger at El Cap in St. Petersburg, “there was an oversight in scheduling and Dre was already set on February 13th to suplex a woman who he says made eye contact with him at a Red Lobster.”

Mr. Dr. Dre famously rapped that he looked like he robbed Liberace. (Liberace was known for his flamboyantly gaudy outfits and for being an elderly gay piano player that anyone could ostensibly rob.) But while he wanted us to believe he was the fun loving persona that robs elderly gay piano players, it hid the frightening truth that Dre was really bad at scheduling.

Dre’s long time manager Ike Turner Jr. (no relation) says Dre just has too much on his plate. “On Mondays and Wednesdays he karate chops the woman who does Beats by Dre marketing, Tuesday and Thursdays he is scissor kicking his exes, Friday and Saturday he just kind of freestyles and sees where the violent yearning takes him. Sunday he prays on his struggles to do self care, except the Super Bowl. He suplexes on that Sunday. I think he should slow down. You can’t take it with you. By ‘it’ I mean all the beatings.”

The writer left Mr. Turner’s office with an uneasy feeling, mostly because he had a lot of knives on his desk. Like a message sending amount. Dr. Dre wanted NFL fans to know that he wishes he could do both. But if he had to choose, Dre says the answer is easy. “Have you ever snap suplexed a woman you saw for only 15 seconds, 5 months ago? The look on her face when she says ‘oh my God, Dr. Dre, I’m such a big fan’ and then you grab her by the head and you sling her into the baptismal font. Can Walter Payton do that?”

About Brother Spartacus Find him here

View all posts by Brother Spartacus →