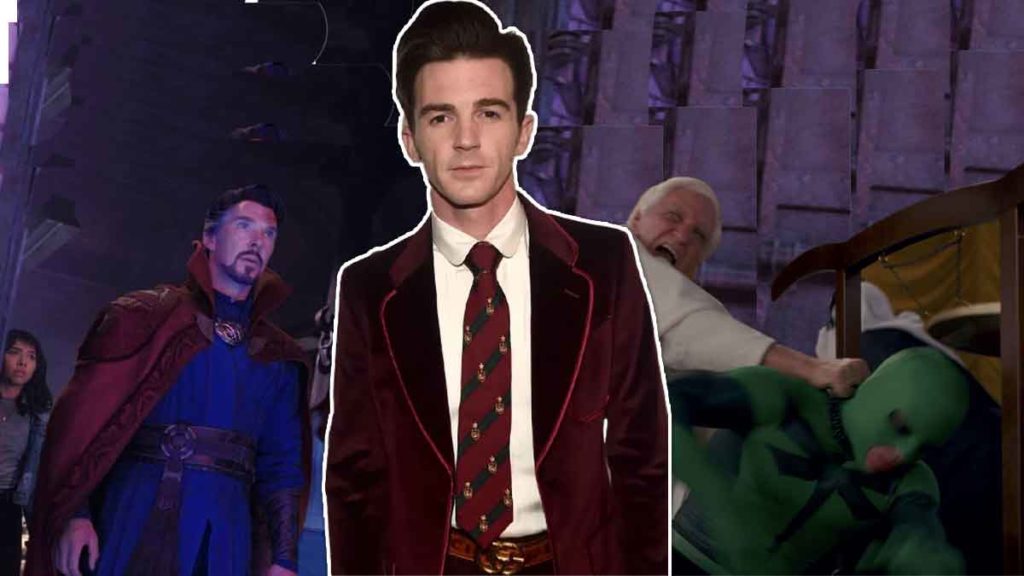 Latest leaks from the set of ‘Dr. Strange and the Multiverse of Madness’ reveal some surprise cameos from the classic 2008 American superhero spoof comedy film ‘Superhero Movie’.

The behind-the-scenes photographs feature Benedict Cumberbatch as Dr. Strange interacting with Drake Bell, in his Dragonfly superhero attire, outside of a Waffle House in Tampa.

“It was fun to see Drake Bell get back into that character,” said Alfredo while showing me the photos he took on his tiny camera screen. “Did you know the full movie is on YouTube?”

Upon further research I did indeed find the full version of Superhero Movie:

The movie is only an hour-long but they add 10 minutes of gags that didn’t make it into the movie mid-credits.

Also what the hell is going on in this poster:

Half the people on the poster are not in the movie. The flame guy is not in the movie. I wish Dirt Nasty was in this movie, same with Regina Hall as Storm shocking Tracy Morgan as Professor X in the balls. Why Would Leslie Nielsen be drinking from a straw attached to another person’s head? What is wrapped around Pamela Anderson? The Wolverine guy is only in a gag at the end of the movie about wiping, which makes no sense since Wolverine can retract his claws.

Some people might not like Drake Bell anymore after that whole child endangerment thing with the 15-year-old girl but it’s definitely worth a watch for fans of Leslie Nielsen and Kevin Hart. We rate this film 4 out of 8 stars.