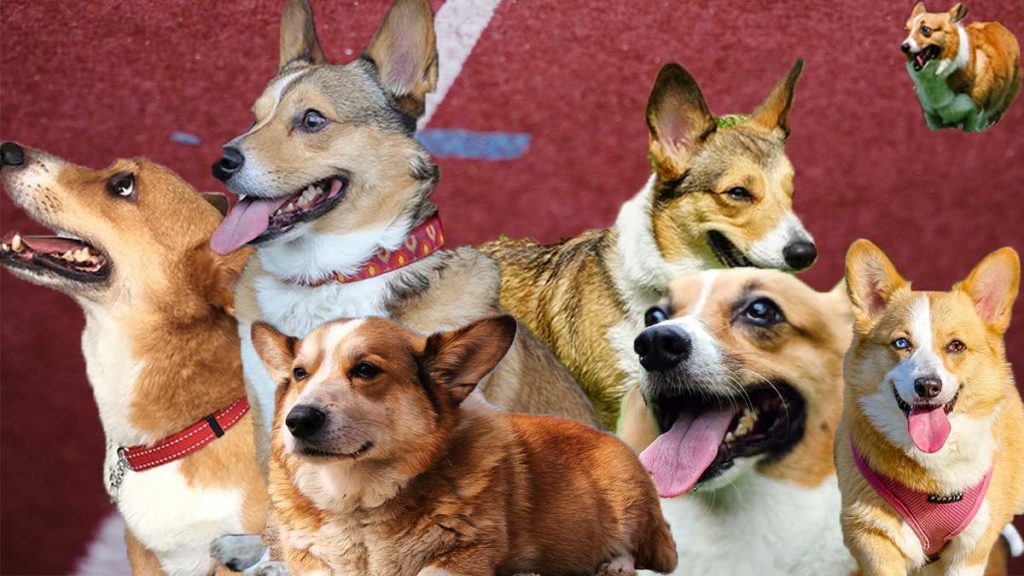 Sunday, June 30th marked the Third Annual Tampa Bay Corgi Races at the Tampa Bay Downs. This event replaces horses with corgis for an all-out 50 yard-sprint for the furry competitors to crown the ‘Fastest Corgi in Tampa.’

Wet-nosed woofles gathered from all around the Tampa Bay area to participate in the tournament of furry champions.

Ten heats of eight corgis were slated to whittle down the competition until a final champion would be crowned.

The infamous ‘Curse of Heat Four’ reared its ugly head to the competition.

-After being disqualified the inaugural year of the races for doping and trying to pass off her great dane, Roscoe, as a corgi, Henrietta Weetle, a local Wiccan, put a hex upon the event.

Since then, every fourth heat has been met with unfortunate events; such as borkening of Basil and spontaneous combustion of Mimsie.

After the ‘bang’ of the starter pistol, the eight competitors; Bernie, Byron, Adelaide, Munchie, Creamsworth, Pippa, Perry, and Boof the Mighty, were off.

Thirty yards into the fity yard dash, Boof the Mighty had a sizeable lead until he got distracted and made a hard right into the lane of Byron, tripping up both dogs.

Now in a two-doge pile-up, the pair began rolling in unison, picking up the other competitors as it tumbled across the dirt track, creating a uniform ball of snoots and floof.

Shocked on-lookers were agasp when confronted with the most devastating, yet cuddly crash ever to take place at the Tampa Bay Downs.

The gigantic ball of fluff came to a halt after the finish line where Bernie, by photo finish, was declared ‘Winner by a nose,’ for the heat.

All competitors of the heat were separated from the corgi conglomerate by their respective handlers and the races continued.

Ultimately, Bandit, a two-year-old competitor was crowned ‘Fastest Corgi in Tampa’ and was treated to a steak dinner.

A captive meteorologist at the Tampa News Force Headquarters, if you see him outside let us know!