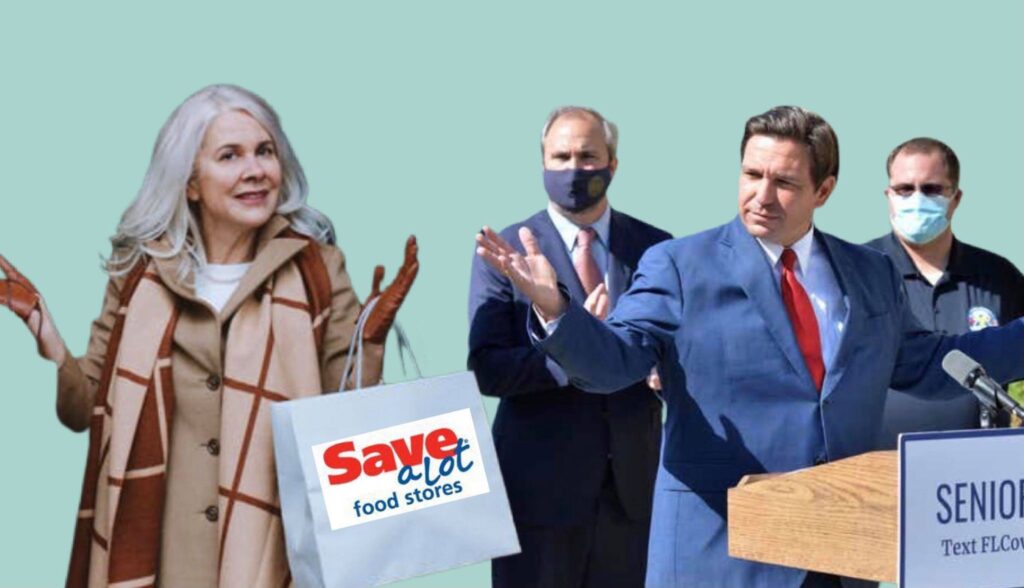 Valerie Mondeburt of St. Petersburg is a senior citizen who has not been able to sign up for the COVID-19 vaccine, something for which she does not blame Florida Governor Ron DeSantis.

“How anyone can blame him for this is beyond me”, she said. “He’s doing the best he can and putting Florida seniors first. It’s just that some Florida seniors get to be first first.”

The governor and his administration have come under heavy criticism for the allocation of coveted COVID-19 vaccines, which has, so far, seemed to favor residents of affluent areas who have been linked with campaign contributions to the DeSantis campaign. Last Thursday, Agriculture Commissioner Nikki Fried requested an FBI investigation into the issue and asking the U.S. Department of Justice to probe potential wrongdoing.

“I haven’t been able to get vaccinated yet, but I know why; it’s my fault”, she said. “I contributed money to the DeSantis campaign but not that much. Not enough to get myself onto any VIP list, that’s for sure. Where would I get an outsized sense of entitlement that I deserve special consideration for being nothing more than a human being? People with more money than me are better than me so quite naturally, they can buy better things than me. Like being allowed to be alive. You can’t pay for privilege… at least if you don’t have very much money.”

“Sure, I could afford to send him more money if I made some lifestyle changes”, she added. “For example, I could save .07 a can if I ate a lower quality brand of canned cat food than Fancy Feast® Gourmet Naturals Wild Alaskan Salmon & Shrimp Wet Cat Food in Gravy with Added Vitamins, Minerals and Nutrients with store-brand saltine crackers four nights a week but I refuse to skimp in certain areas.”

Reached for comment, Governor DeSantis expressed appreciation for the support. “Finally someone gets it!”, he said. “I mean the strategy behind the vaccine deployment, not the vaccine itself. Just to be clear.”