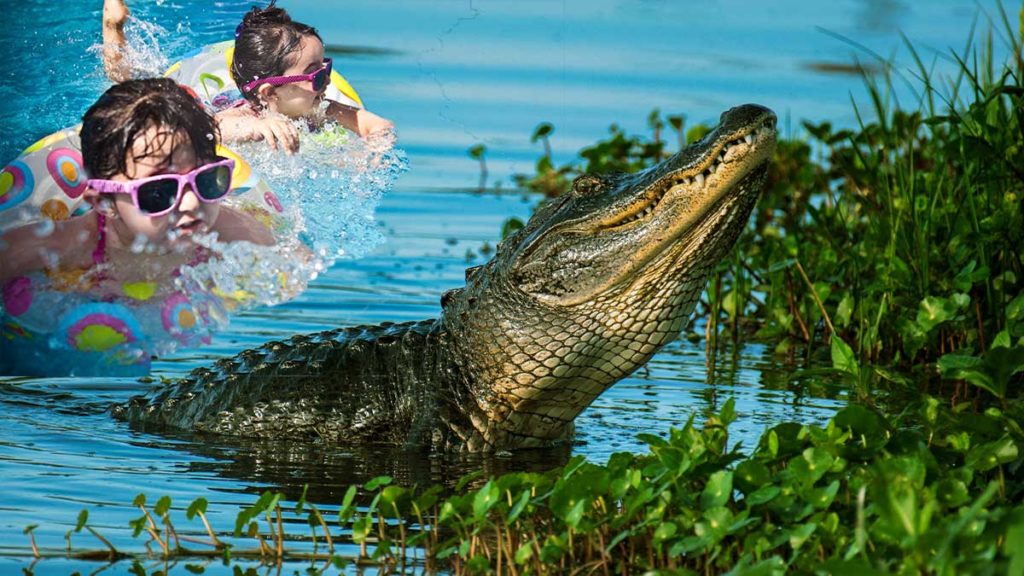 The land between Naples and Fort Lauderdale in the center of Florida known as “the Everglades” will now become Chip Denver’s “World’s Largest Waterpark,” a new theme park developed by eccentric tech billionaire Chip Denver, who’s invested $6 billion into developing the land once designated as a national park. Denver bought the land from the government in a deal that would enrich some of the states wealthiest politicians with no benefit to any of the citizens. The water park has already received several zero-star reviews on Yelp due to it’s destructive nature, essentially clearing out many species that will never live again on this earth.

“Terrible park, it’s not built yet, but now I can’t show my kids the alligators I’ve been feeding in the swamp that I’ve trained to pick world cup winners that I film for YouTube and that pays my gas bill every month. I won’t have that anymore!” Read a review from user Steven Brinx.

Some are debating the morality of rating a place they haven’t been to on Yelp, missing the point entirely of the intrusiveness of the water park.

“We’re just letting people review things that don’t even exist yet?” Said manager or water park promotions, Melvin Eagle. “I mean, it’s one thing to go to a place and not like it then leave a review, but for people to purposefully bomb our Yelp score because we’re pushing animals to extinction just doesn’t seem fair. We have families too, and if this park doesn’t work, our families won’t eat.” Eagle said.

“We’ve been telling our employees to go in and leave positive reviews of the park, even though it’s not open, things like, ‘can’t wait for this park to open! I’ve seen the blueprints and it looks very spacious and accommodating!’ You know, stuff like that.” Eagle said.

“The problem is, the haters have been trying to get into our compound from the moment we broke ground.” Eagle said, after pulling out a hand gun and firing wildly out the window of his portable office.

“A couple pops out my window, that keeps the haters away.” Eagle said. He then stroked his gun while whispering things into the barrel.

“Daddy loves you.” He said.

The park is also supposed to offer the first Mountain Dew wave pool, and wave pool consisting solely of Mountain Dew that guests can drink from as they swim.

“That was a dream of Chip Denver’s I deciphered one night while I sat next to his bed and watched him sleep. He’s very serious about his security and he asks different staff members to watch him sleep every night of the week. I tried to explain to him, that having random staff members watch you sleep might actually be more dangerous, as you’re giving everyone in the company the opportunity to kill you in your sleep, and that’s very trusting to let random workers watch you…” Eagle wipes his brow. “He didn’t like hearing that, he couldn’t sleep for a week after that.” Eagle laughs.

Eagle tells me to look through a telescope, I see a man dumping buckets of red liquid into a big vat.

“That’s the blood pool.” He tells me.

“Well, I guess you know I can’t let you leave alive.” He says.

“Now come here and let’s get it over with.” He says.

“You know damn well what I mean.” He says.

He grabs at my neck.

He swipes at my neck again, his hand shaped like a claw or a hook.

He lunges at me with two hands, but I’m able to stifle him with a swift kick to the groin.

I walk out, nobody gives me any other problems, in fact people look at me like, “Did he just swipe at your neck?” As if this happens all the time. The water park will be open December 2026. An exact date has not been determined yet.