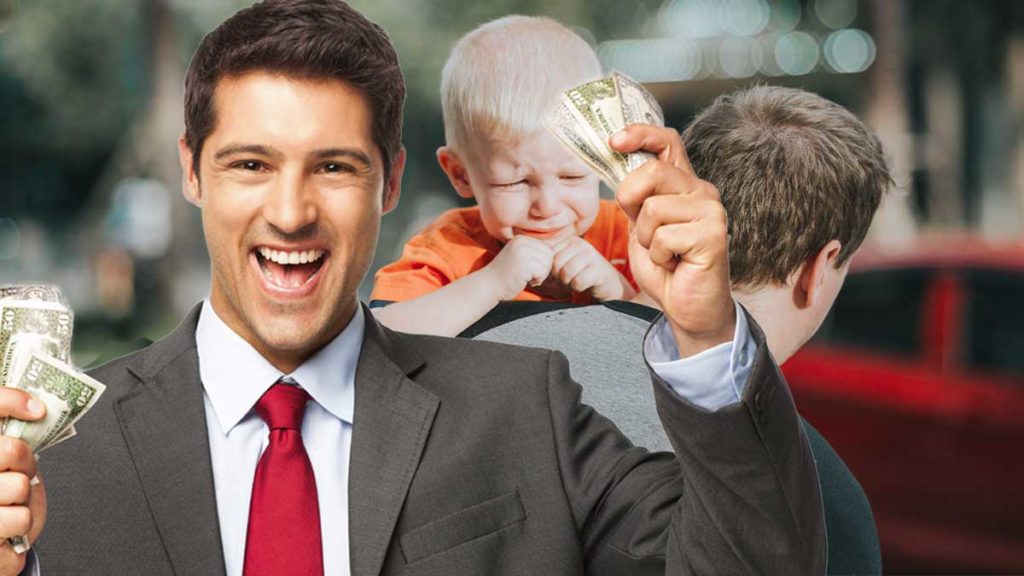 A man in Pinellas County was arrested after trying to sell his child on Craigslist in exchange for a stimulus check.

“It’s one of the dumbest and most heinous crimes we’ve ever seen.” Said Sargent Deputy Hank McClutchen.

“In the post he claimed his child would, ‘do whatever you want him to do, and he can use the toilet and he won’t curse.’ The boy is 5 years old. It’s just cruel.”

The man got the idea after watching Chappelle show and seeing the sketch where reparations were given and the man lost his baby in a dice game.

“I thought that was an interesting idea,” Said Henry Muckmuck, the perpetrator arrested for the crime.

“I don’t like my kid, I don’t really enjoy his presence, or his energy, he just kind of bums me out, so I was hoping I could pawn him off on someone else for twelve-hundred dollars. I mean everybody’s got that money now burning a hole in their pocket, why not try to capitalize on that by trading my child. Children are free, I can make another one myself, so this would be all profit.” Muckmuck said through the Plexiglass communication window in the prison.

Muckmuck was sentenced to 15 years in maximum security prison, however he rolled doubles in Monopoly earlier that day, so the prison was unable to enforce the sentence.

“Those are the rules,” Said judge Devin McHenry, third cousin of Mucmuck, who just happened to be assigned for this case.

The child was not informed of the attempted barter, and all family members have agreed to keep it a secret unless they get really mad at Thanksgiving and need something to talk about.