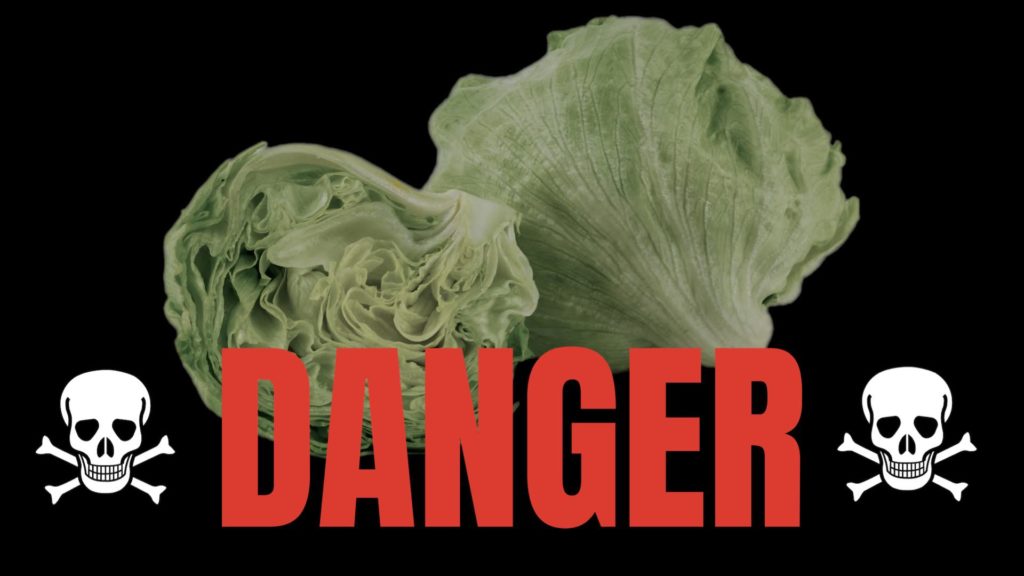 The Food and Drug Administration (FDA) has released startling news about lettuce, determining that it is actually not good for people to eat.

The findings that directly contradict decades of commonly held wisdom about the healthy attributes of what is a popular ingredient in bacon sandwiches with tomato were published in a new study titled, “Lettuce: the Crisp, Leafy Menace”.

It has now been determined that a single serving of lettuce like you might find on an otherwise perfectly healthy menu item like a double Texas chili cheeseburger with mayonnaise contains as much sugar as four bowls of Kellogg’s Honey Smacks breakfast cereal.

“The fact that it doesn’t taste sweet is further proof of how bad it is”, said Dr. Brunchfaster. ”It has NO redeeming qualities.”

“Ordering a salad with a balsamic vinaigrette dressing should be considered a suicide attempt,” he added.

When asked how the once-highly trusted government agency could be so egregiously wrong about something like this, he said, “Apparently somebody doing the original research way back in 1906 didn’t carry a one somewhere. It happens.”

The FDA wants people to be fully aware of just how dangerous lettuce is and that they should avoid it whenever possible or at least limit themselves to extremely small portions. They also say that the only way to counteract or lessen the detrimental aspects of lettuce is to eat it with copious amounts of ranch dressing, which they have also recently determined upon further review, is actually the healthiest food anyone can ever eat.