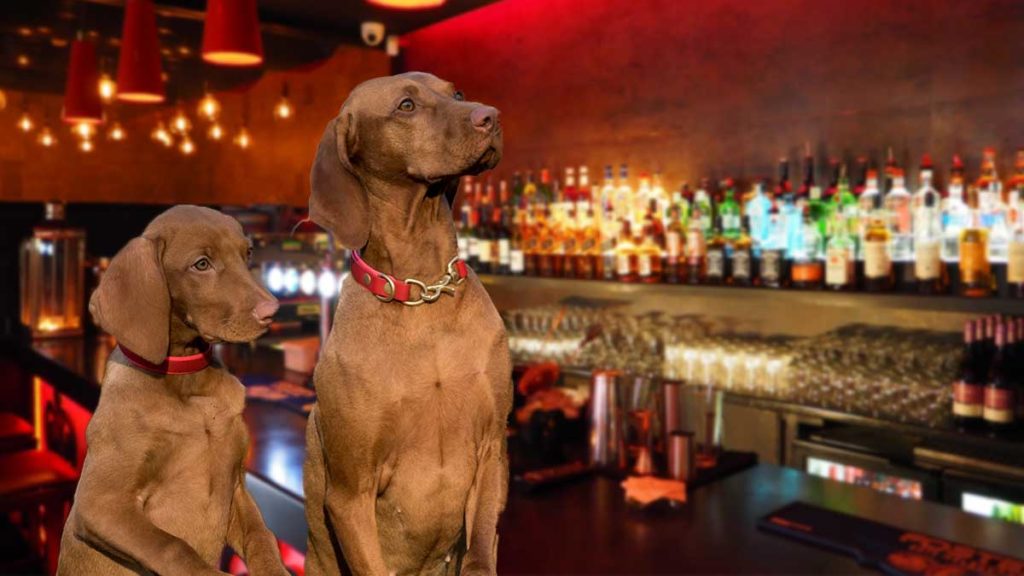 Jazzy was a retired Greyhound dog with no where to go after the dog race ban.

“Bark, bark,” said Jazzy between chewing on a fake bone.

Jazzy was part of the gifted dog program and she is one of the only canines able to communicate with humans using an Ouija board.

“Bark, bark,” she said, followed by sniffing  and licking my hand.

After working some odd jobs, Jazzy saw an opportunity to open a gay dog bar at the location of a formerly successful gay bar. Her dog parter was recently the recipient of her dog mom’s estate and they decided to ‘Do something crazy.’

“Bark, bark,” she said before licking and chewing herself on her dog-lady parts. “Bark, bark, bark.”

Woofs on 7th will be the first dog-owned bar, as well as the only gay dog bar in the Florida.