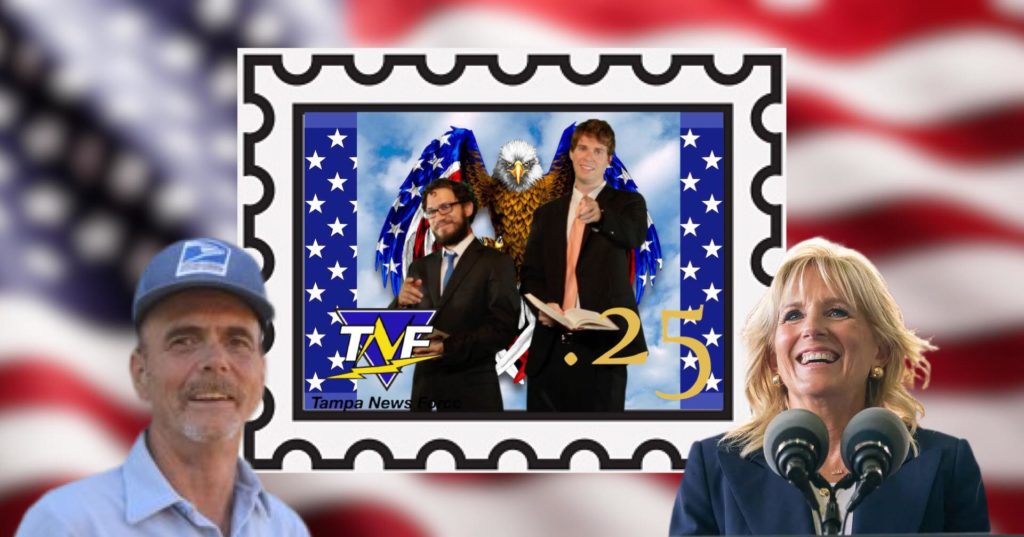 “Tampa News Force covered my appearance in Tampa with Dr. Fauci. Since then my office keeps in touch with them and also sent them a holiday card,” said the First Lady. “I think they deserve a stamp. Not one of the good, full-priced ones, but this feels right.”

“Postage stamps are currently .58 and these cost .25 for some reason so you’re going to have to put three of them on a first-class letter in order to mail it,” said Brutche. “And you’ll be losing .17 in the process so I don’t know what the point of these is. They look cool, though.”

Of course, since it’s Jill Biden, U.S. Senator Rick Scott had to say some shit about it since he always has to say some shit anytime the name “Biden” is mentioned anywhere because the dummies who still think he’s a viable “leader” like that.

The stamps will be available for sale at all USPS locations “some time soon”.