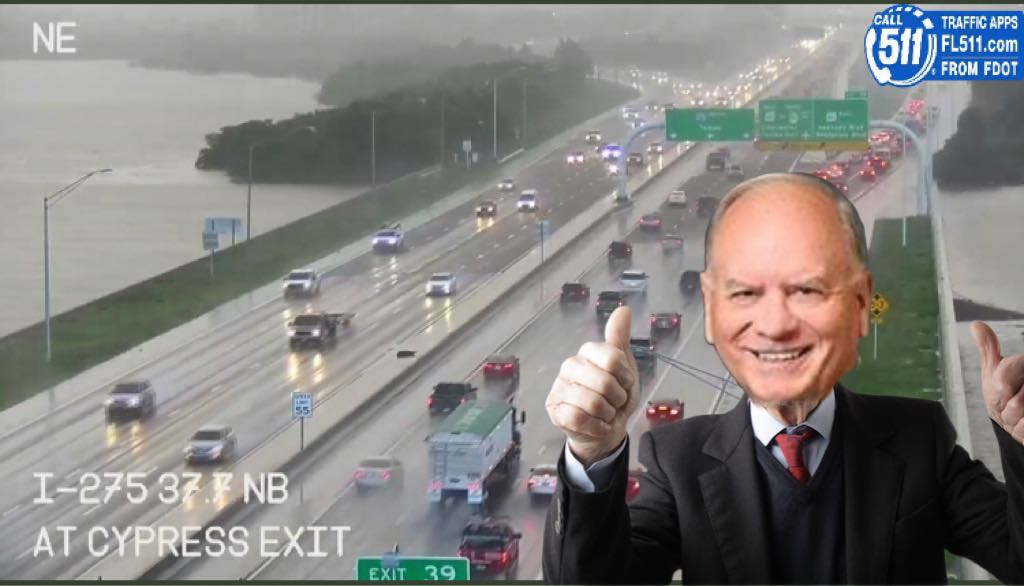 In a move that sounds like something we’d make up for the sake of mining easy laughs from an inherently absurd idea, the Florida legislature has passed a bill that will allow drivers to use their blinking hazard lights when it’s raining.

SB 1194 allows Florida drivers to use hazard lights on roads with speed limits at or above 55 mph when the conditions create “extremely low visibility.” Seriously. Not a joke.

This is in direct opposition to the message the Florida Department of Highway Safety and Motor Vehicles has been trying to convey for years:

“Yeah, those should only be used while your vehicle is stopped or disabled on the roadway or shoulder. They’re a signal that someone is in need of assistance. If you’re driving a moving vehicle and you activate your flashing lights; it will only cause confusion and compromise your safety because they can actually reduce visibility, making other drivers think you are stopped or stalled. They make it difficult to see if motorists ahead are tapping on the brakes and they don’t allow you to use your turn signals”, said Benedict Milan, a Florida Highway Patrol trooper. “But hey, it’s just our damn job to try to keep people safe on the roads and then stand out there, putting ourselves at risk cleaning up the mess when they don’t, so what the fuck do we know?”

The bill was introduced by Florida State Senator Ed Hooper, (R) of Palm Harbor, representing the 16th District, which includes Clearwater and Largo in northern Pinellas County, who said, “Listen, I understand the concerns but I used to be a firefighter and I like flashing colored lights. They’re so pretty. It’s like Christmas except instead of decorated trees and caroling, you get twisted metal and screaming. Either way, families get together!”

The bill becomes law on July 1st unless it’s vetoed by Governor Ron DeSantis before then, which probably won’t happen because that would be a good idea.