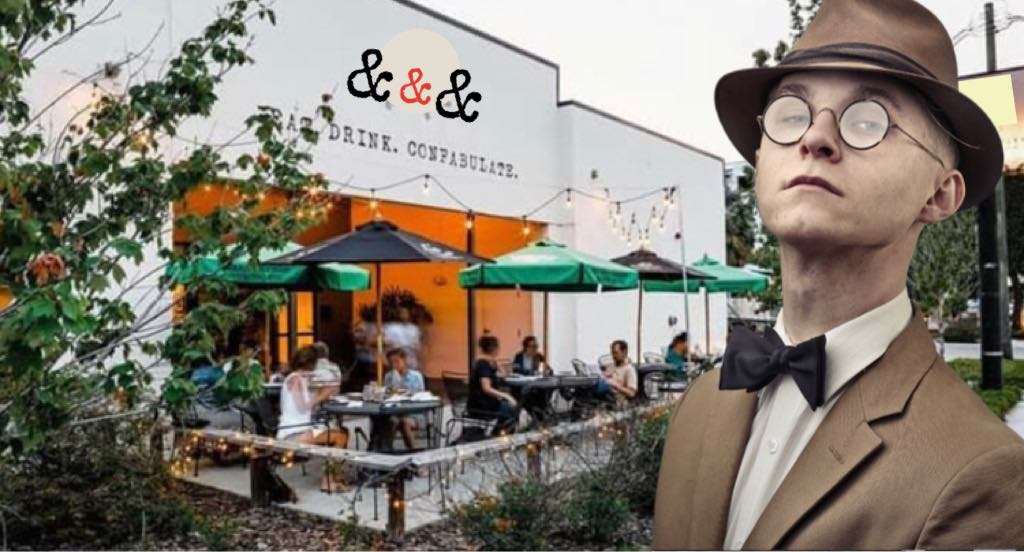 Randy Glidwad, the restaurant critic for the completely unknown-yet-relatively popular local blog “RandEatz” was recently diagnosed with COVID-19 but that hasn’t stopped him from continuing to review local eateries, including a savage one-star takedown of a popular spot in Seminole Heights.

“Every single item I tried tasted exactly the same; like nothing”, he said in his critique of the Ampersand & Other Ampersand, an independently owned farm-to-table restaurant on Florida Avenue north of Hillsborough. “To describe the faire as bland or insipid would be an excessively charitable over-reach.”

“I tried the Jalapeno Cherry Drizzlers, the Blackened Lamb Pasta Screws and the Cayenne Grouper Sticks with Maple Glaze Reduction. All big zeroes”, said Glidwad, who is also the blog’s editor, sports writer and humor columnist. “Everything tasted exactly the same; like the inside of my own mouth.”

He summed up his disappointing experience with, “What a waste of clean plates”, concluding the column that he wrote while quarantined at home after testing positive, which is what he’s calling his involuntary lack of a social life.

“Yeah, I saw his review”, said owner Pauline Wixt. “Apparently one of my regular customers says she is among his four readers. He comes in here sometimes and he’s terrible. Even by Seminole Heights standards, he’s off-putting, with his tweedy vintage suits and bow ties and dumb hats and glasses. Nobody ever wants to serve him and of course he doesn’t tip. The only real mystery is how someone with such an annoying, repellant persona ever got close enough to another human being to contract the ‘Rona.”

“Typical. Respond to my valid criticism by making light of how many readers I don’t have instead of using my feedback to improve. How original. Like I don’t already hear that all the time from my parents”, said Glidwad. “We’ll see what they have to say when my podcast drops next year.”

Glidwad said he’s most disappointed by the lack of stand-out creativity in the restaurants of Seminole Heights. “All these places look the same and since March, all their food tastes the same”, he said. “Step your game up, Sem-Hi”, he offered, using a an abbreviated catchphrase for the area that he invented that has no chance whatsoever of catching on.