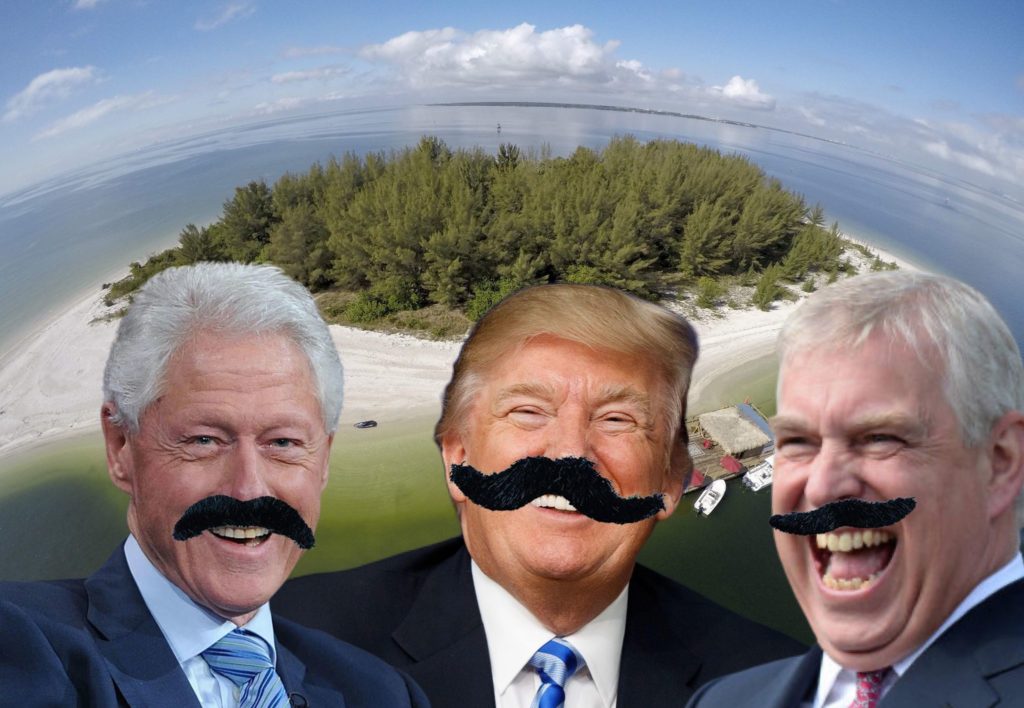 A consortium of former visitors to Jeffrey Epstein’s private Caribbean islands are seeking to purchase Pine Key, also known as Beer Can Island for what are being described as “recreational and leisure purposes”.

Lawyers for Epstein’s estate confirmed that the two islands that belonged to the deceased sex offender and financier – Little St James and Great St James – have been listed for sale, expecting to fetch up to $125 million and that some proceeds from the sale will be used to settle outstanding lawsuits.

This development has left wealthy visitors to the pedophile’s paradise without a place to relax and unwind.

“We’re not bad people and we shouldn’t be associated with someone who was a bad person just because he was a bad person with whom we associated. Personally, I didn’t even know the guy, in spite of the many, many photos of us together,” said another probably not quite as wealthy former visitor who said his name was Tonald Durmp. “But people like us need a place to get away and relax, far from where we might have a few boxes of secret government files stashed.”

“We’re looking for a deal, though. $125 million is kinda steep. I found this Beer Can Island thing and it looks like a good alternative,” he said. “I’m really good at making deals. You could say I’m an artist at it!”

Pine Key is a small, private island in the south end of Hillsborough Bay, about two and a half miles offshore between MacDill Air Force Base, Apollo Beach and Gibsonton. The nickname ‘Beer Can Island’ comes from the many parties thrown there by boaters over the years before it became private property. The current owners offer a variety of memberships for access to it.

“That won’t work for us,” said yet another wealthy member of the consortium, this one calling himself Andrew Princetonferdson. “We need the whole island to ourselves because the activities in which we indulge need to be very discrete, which is Latin for ‘secret’. And if you knew what those activities were, you’d know why. I’ve already said too much. Please don’t kill me. Not you. The others.”

← Baby born with mask onSt. Pete kava bar decides to not have an open mic →