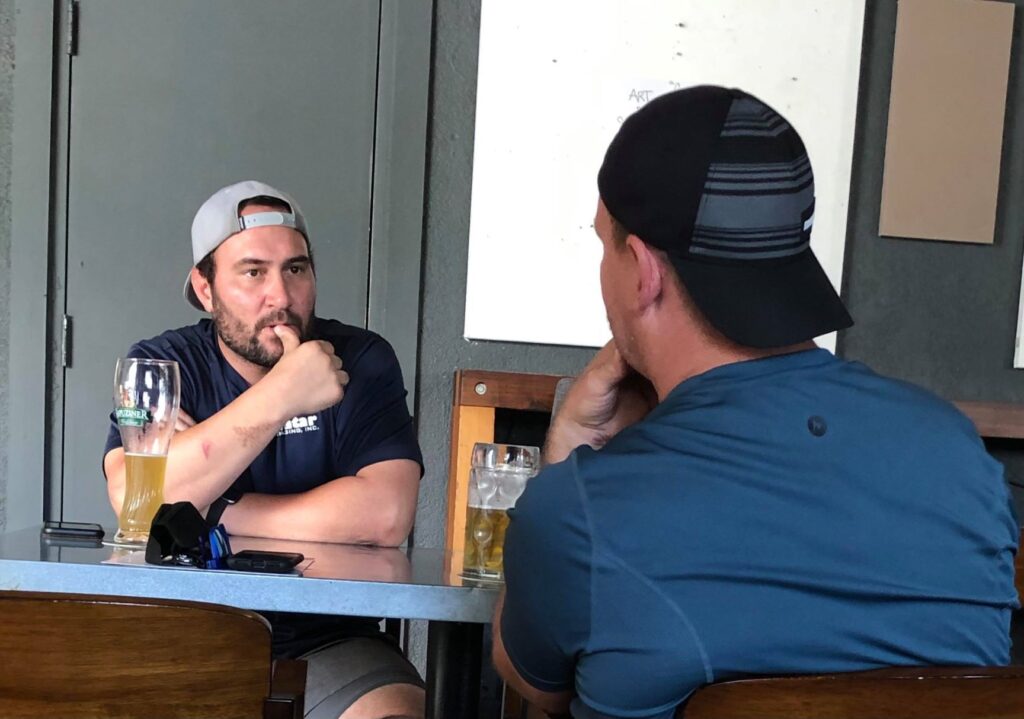 Four women suffered minor injuries and possible long-term psychological trauma at a Seminole Heights cafe yesterday morning, when they encountered a couple of bros bro-ing all over the place at The Independent on Florida Avenue.

Ominous warning signs were present early when Dave and Richie, the bros in question, both wearing aggressively backward baseball caps and khaki shorts, ordered a round of craft beers at 11:05 AM.

“Yeah, I saw that but I didn’t think much about it. 11 isn’t that early”, said Valerie Mallory, one of the victims. “Of course, the place didn’t open til 11 so it was literally the first thing they did. Looking back, yeah, all the signs were there. I should have left or taken cover before things got out of hand.”

From there, the situation escalated quickly.

“Almost immediately, they started trying to one-up each other about how badly all their fantasy football drafts had gone”, said another victim, Rita Wieters of nearby Wellswood. “After that, of course the topics changed in rapid succession to MMA fighting, Joe Rogan, cryptocurrency and other bro issues. By then it was too late.”

She added, “I was actually one of the lucky ones because I managed to get out before they started discussing real estate. I saw some poor woman who was pinned down just as I heard one of them say that he loved the concept of Westchase but wasn’t willing to take the tax hit, to which the other one replied something about, ‘two and two, 800 square feet? Sick!’. The look on her face will haunt me forever.”

Victims were transported to nearby St. Joseph’s Hospital, where they were treated for ex-bro-sure and douche-nitis before being released later that afternoon.

Hillsborough County EMT Carol Merrill, who was among the first to respond to the scene said, “People have to take appropriate precautions during mating season when young bro males are rutting, which is every Saturday or Sunday morning after 18 holes of golf. You just can’t be too careful. I’m a trained professional with years of experience and one of them still managed to get my phone number.”