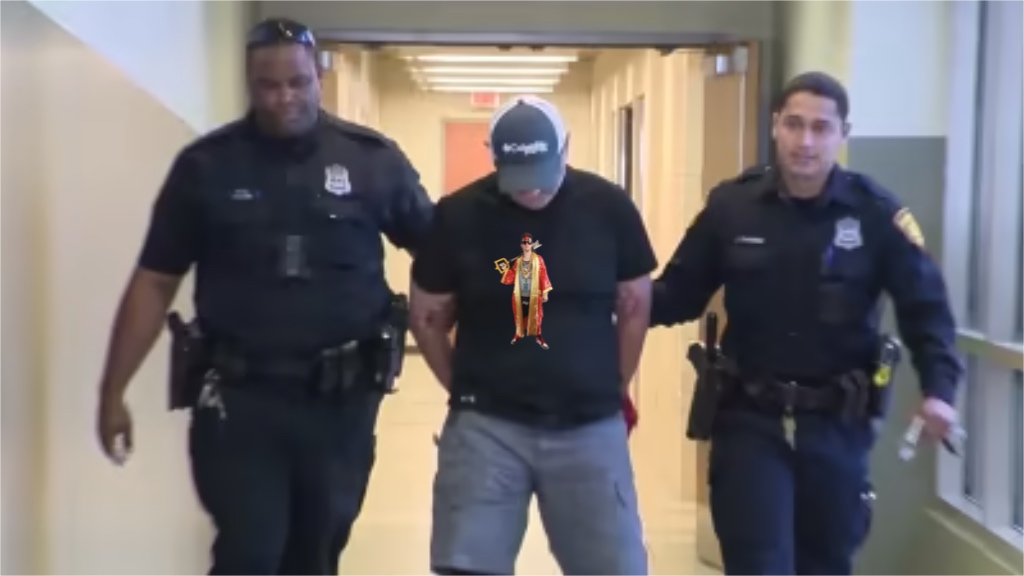 Brad Rimshaw, 42 of Clearwater, a man who committed a federal crime 34 years ago surrendered peacefully to authorities yesterday.

“Okay, okay, you got me! Don’t shoot! I am not resisting arrest. I repeat, I AM NOT RESISTING ARREST!” he shouted to Clearwater Police officers Edward Wambaugh and Joseph Conlon who were in the process of pulling him over in the 1900 block of Montclair Road for driving with his turn signal on.

Rimshaw, who had no pending warrants, explained to the mystified officers that he had placed several nickels (he estimated the total dollar value amount to be approximately between .45 and .65) on nearby railroad tracks when he was in third grade at Belleair Elementary School, rendering the coins worthless after they were run over by passing freight trains.

“So now you have to arrest me. After all, destroying money is a felony-level, federal offense,” he said, to which Officers Wambaugh and Conlon replied by looking at each other, shrugging and mumbling, “yeah, okay, sure, I guess.”

“We were just going to tell him his blinker was on but I think I remember they taught us that tearing a dollar bill in half was against the law back in elementary school. So this is kind of the same thing,” said Officer Conlon. “Yeah, I mean the guy confessed to a federal crime. What choice did we have?” agreed Officer Wambaugh.

Reached at the Pinellas County Jail where he’s being held without bail, Rimshaw said, “I’m actually kind of relieved. The anxiety of spending the last three and a half decades constantly looking over my shoulder and moving every couple of months from Seville to Del Oro Groves to Coachman Ridge and other neighborhoods in the greater Clearwater metro area was so stressful. I just deeply regret whatever negative impact my selfish actions had on the American economy by taking currency out of circulation and I’m glad this ordeal is over.”

Rimshaw is expected to be sentenced to a minimum of 78 years in federal prison without parole, to be followed by a public hanging.