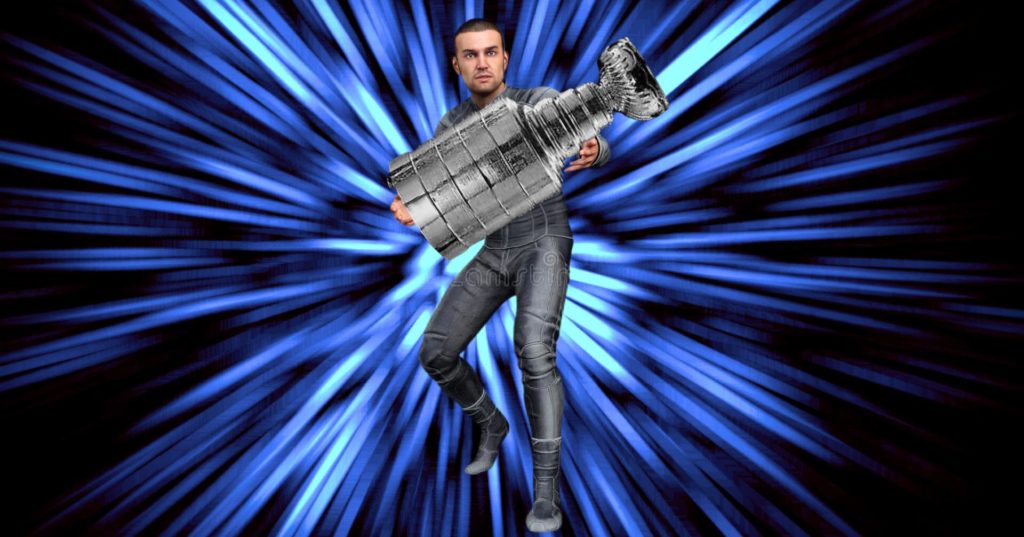 A man claiming to be from the future is claiming that the Lightning win 65 straight Stanley Cups in the coming years.

Jedidiah Bunchkin, a professional time traveler, showed up to the Tampa News Force offices and said that the Lightning would win 65 championships in the future, and I told him that we lost the Stanley Cup this year and he said, “Wait what?”

I explained that we lost to the Avalanche, and he said,

“Oh no. Wait. That’s not right, that’s not supposed to happen.”

I said, “Do you think you traveling from the future has changed the course of what was supposed to happen and that’s why we lost?”

And he said, “Yes! That’s exactly what it is! Oh Gosh no, this is bad! Bad, bad, bad!” Then he began breaking things on my desk and crying before asking “which direction is Indianapolis State?”

To which he replied, “Wow, I must have travelled back further than I thought, or I’ve gone to a completely different universe I’m not familiar with.”

And then I kind of tuned out whatever he was saying because I realized he couldn’t actually do anything for me, so I just pointed to the exit.

As he was walking out I asked, “Do you know any of the lottery numbers for this year?” And he shook his head, so I threw a shaken-up can of Pepsi at him on his way out which exploded by the inside of our door and began spilling all over our white carpet.

“F***ing hell.” I said to myself before walking over and blotting the stain on the floor with my tie, which I then proceeded to take off and throw into the waste basket by my desk.