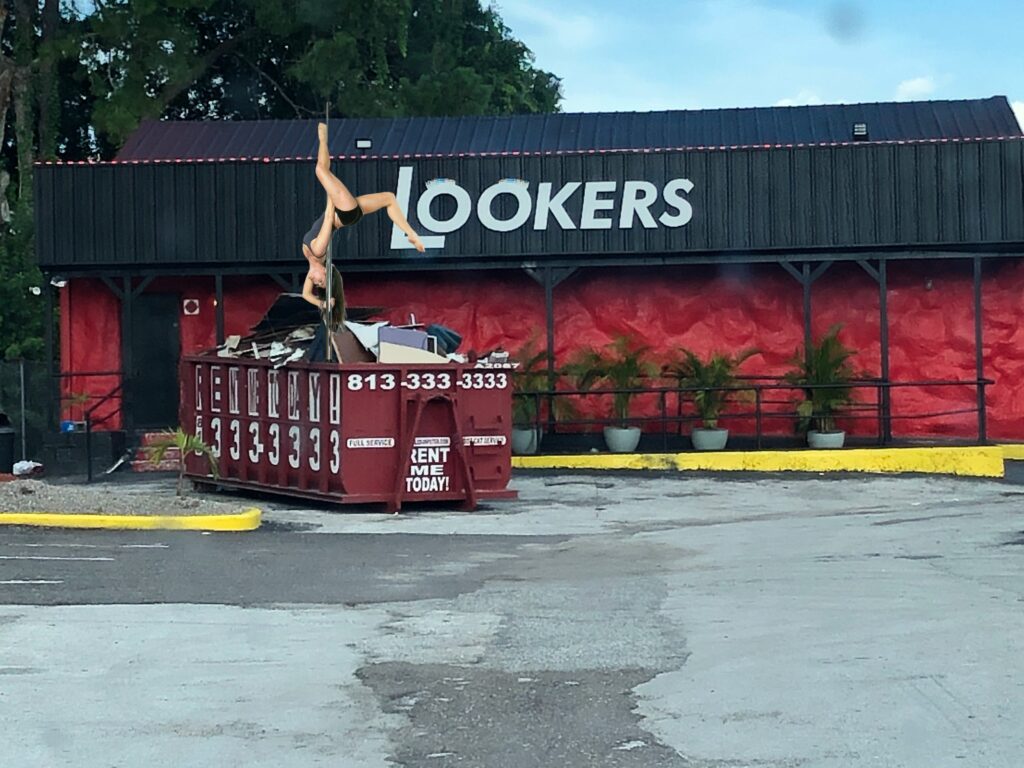 Lookers, one of Tampa Bay’s most deservedly ignored ‘gentleman’s clubs’, has announced the addition of a new, outdoor VIP section.

“We’re calling it the Grind Garden, so you know it’s classy,” says Rollo, the manager.

The club is located at 8205 N. Dale Mabry, just South of Waters Avenue in the stretch between the abandoned bowling alley and the abandoned Steak & Ale. The new VIP area is located directly outside of the club’s entrance.

“Yeah, we wanted guys to see it as soon as they show up. Put the idea in their heads right away that it’s something they might want to spend money on,” says Rollo. “Plus, they can toss any trash they have in it instead of dropping it in the parking lot. Because it’s a dumpster.”

One of the dancers, who goes by the stage name of Root Beer, says she doesn’t mind dancing in a dumpster. “I’ve done far worse things in much worse places.”