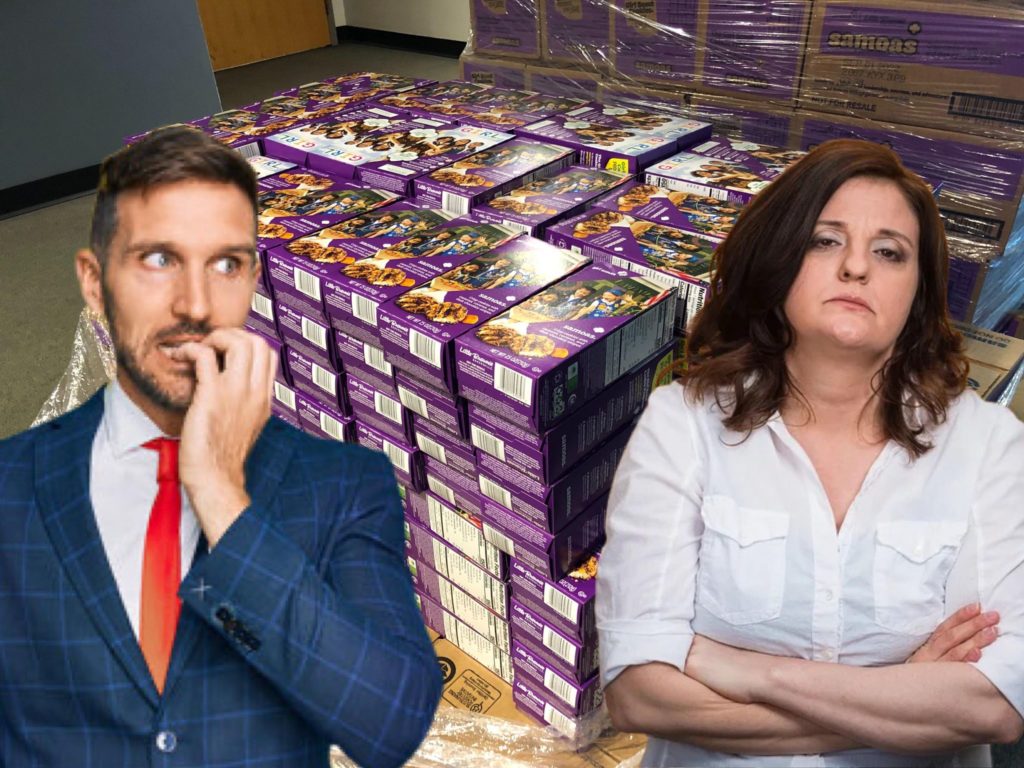 Tampa’s Rick Scudlen decided he would help his 8-year-old daughter Caitlyn boost her sales of Girl Scout cookies this year.

“She’s a tough little competitor so she wants to sell the most cookies. She gets that from her old man,” chuckled Scudlen, a sale associate at Robust Paradigm Shifters Inc., a company occupying an office in the Truist Bank Building in downtown Tampa. “I’ve seen other parents bring their kids stuff in for sale, so I thought it would be a good idea to sell Caitlyn’s cookies there too.”

That idea would prove problematic.

Angela Keeblersenberg, another associate with the company, has been selling her daughter Rebecca’s Girl Scout cookies there for years. Upon learning of Scudlen’s plans, she visited his cubicle with a warning.

“She leaned over the cubicle partition and hissed, ‘STAY OUT OF MY TERRITORY’,” said Scudlen. “Then she threw a turtle at me. It had a bust of my head made out of Play Doh taped to its shell and the words ‘OLA RICK’ painted on it. A live turtle! What a psycho!”

Scudlen took the turtle home where Caitlyn now keeps it in an aquarium and feeds it lettuce and strawberries. She’s named it ‘Ola’.

“That’s a little creepy but it’s also cute,” said Scudlen. “Caitlyn doesn’t associate it with a death threat against her daddy, I guess.”

“Everyone knows the office is mine and Rebecca’s turf. I’ve been running our product through there for almost two decades now,” said Keeblersenberg. “And if somebody didn’t know? Well, I guess they do now, don’t they?”

“That’s not even our last name. It’s Brown,” said Rebecca. “She changed it to that four or five years ago because she said it gives us an ‘edge’. I have no idea what she’s talking about or where she’s getting all these cookies.”