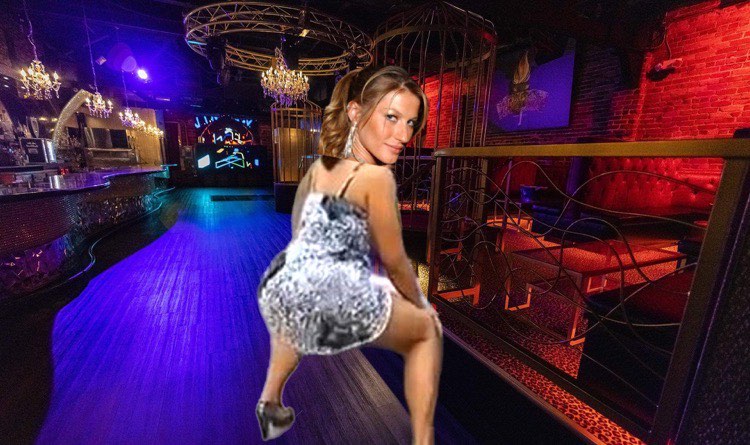 “Yeah, I was there and I saw the whole thing,” said frequent club goer Wayne Klumner of Tampa. “I was like, ‘whoa, who is this little hottie?’ and it was Gisele. I couldn’t believe it! She was checking me out pretty hard, but I said, ‘Easy, cha-cha’ and showed her my wedding ring. I didn’t want her getting any mixed signals, if you know what I mean.”

Many news platforms are reporting that the relationship between she and Brady is strained and they are currently, unofficially separated, with her not even living in the United States at this time.

“It was definitely her”, insists Klumner. “She wasn’t with another guy or anything like that, she was just out there all by herself, dropping it like it’s hot.”

Asked to confirm that she was alone, Klumner said, “Yeah, totally! Like, nobody else. The dance floor was empty. So was the whole club. Nobody in there. Maybe she rented it out for her own personal use or something. I don’t know.”

When asked how he happened to be there to witness this if the club was unoccupied, he paused and said, “Okay, look. I don’t know if she was there or not. I wasn’t there. I just want to be on TV so bad. I made this whole thing up to lend some sort of meaning to my life. I can’t even get in to Club Prana because I’m a nobody. I’ve never been in any of the Ybor nightclubs. I’m pathetic. Maybe if I was on TV, they’d let me in. This is all going to be on TV, right? You’re a TV station news, aren’t you?”

Informed that Tampa News Force is not in fact ‘a TV station news’, he started sobbing and said, “God, I’m such a loser.”