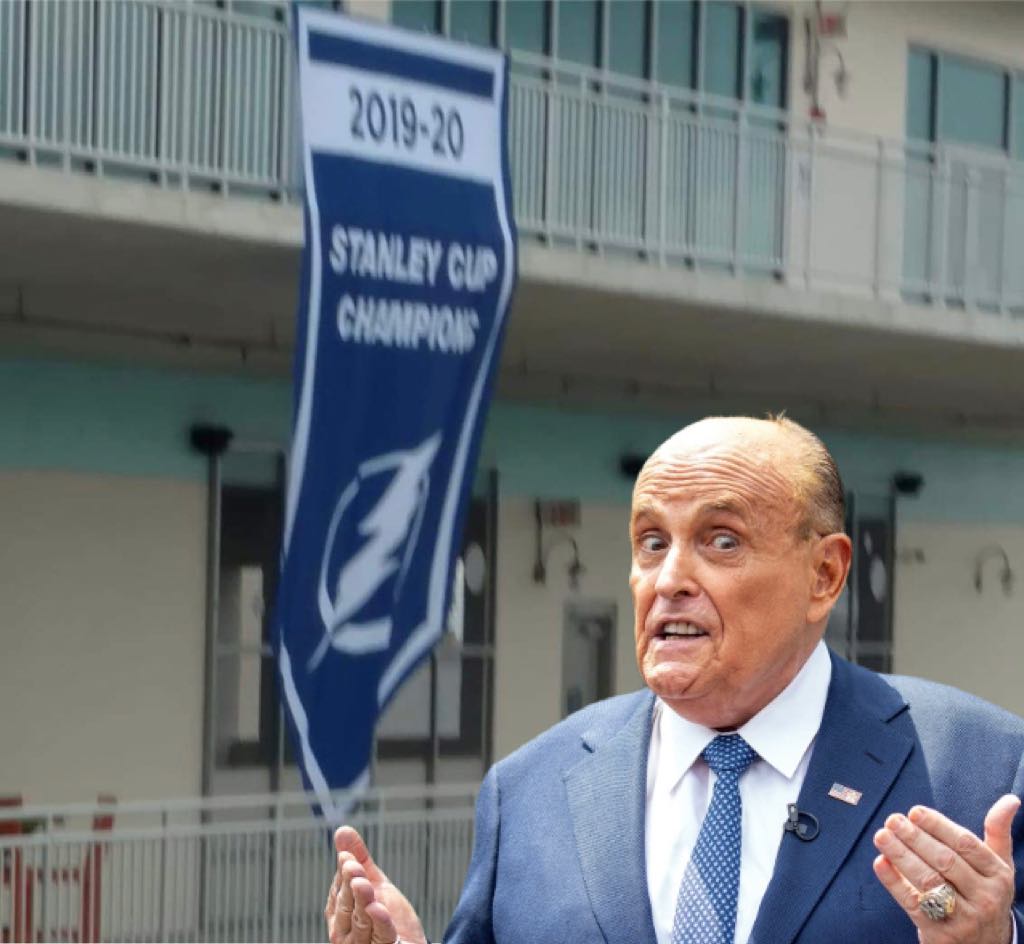 “It’s so good to be here at the Alamo Arena,” he said in remarks to bewildered passers-by. “I heard they weren’t allowing fans to be present, but we’re Americans and we don’t live in fear. That’s why I felt it was important to make a statement, to proudly represent this presidential administration by being here in person to celebrate the historic achievements of the best hockey team in the NBL last season, your New York Yankees!”

The banner celebrating the team’s 2019-20 championship season was actually raised at Amalie Arena in downtown Tampa, prior to the team’s season opener against the Chicago Blackhawks, with no fans physically present due to COVID-19 concerns.

“I know it seems like Rudy is confused, but I don’t believe he is”, said motel manager Becky Taylor. “He stays here fairly often. He enjoys the, um, unique amenities available here and always calls in advance with, uhh, special requests, and I set that up for him, whatever it happens to be. A girl, a guy, a couple of girls, a few guys, several girls that are actually guys that look like girls yet still self-identify as guys, it doesn’t matter. This time he wanted a Tampa Bay Lightning Stanley Cup Champions banner. No biggie. I don’t get it, but it’s not even the strangest thing he’s ever asked for. He’s a good customer who pays in cash.”