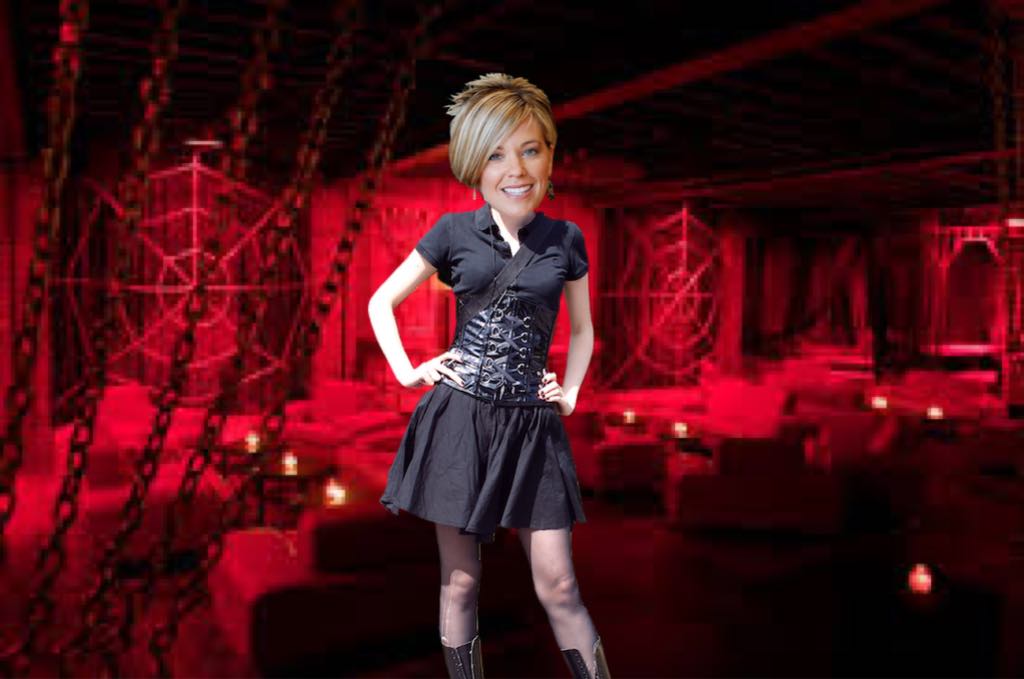 Annthrax Nightshade, a frequent visitor to The Castle in Ybor City has adapted the much-derided ‘Karen’ hairstyle as a form of sardonic social commentary.

“I’m used to people prejudging me based on my appearance,” she said. “Here’s another reason to gawk at me, motherfuckers.”

The hairstyle features an inverted bob or lob cut, also known as an A-line cut. It’s longer in the front and short in the back and creates a sharp angle when viewed from the side. Typically blonde, it can be parted in the center or feature an asymmetric fringe and is frequently paired with chunky highlights. It’s popular with middle-aged white women, some of whom have received negative attention on social media for outbursts of entitled attitude, crazy complaints, and outrageous demands.

“I’m not one of those women in real life so it’s hilarious,” she said. “I’ve subverted their basic, bourgeoise, vanilla middle-class suburban style. That proves that I’m a fascinating and unique individual!”

“For me, Goth fashion is all about making a statement by presenting an image of intimidation and this is the perfect hairstyle to complete that look,” she said. “Now I not only look like I might murder your family and bathe in their blood, but that I might also want to speak to their manager. Literally nobody is going to mess with me which is exactly what I want.”