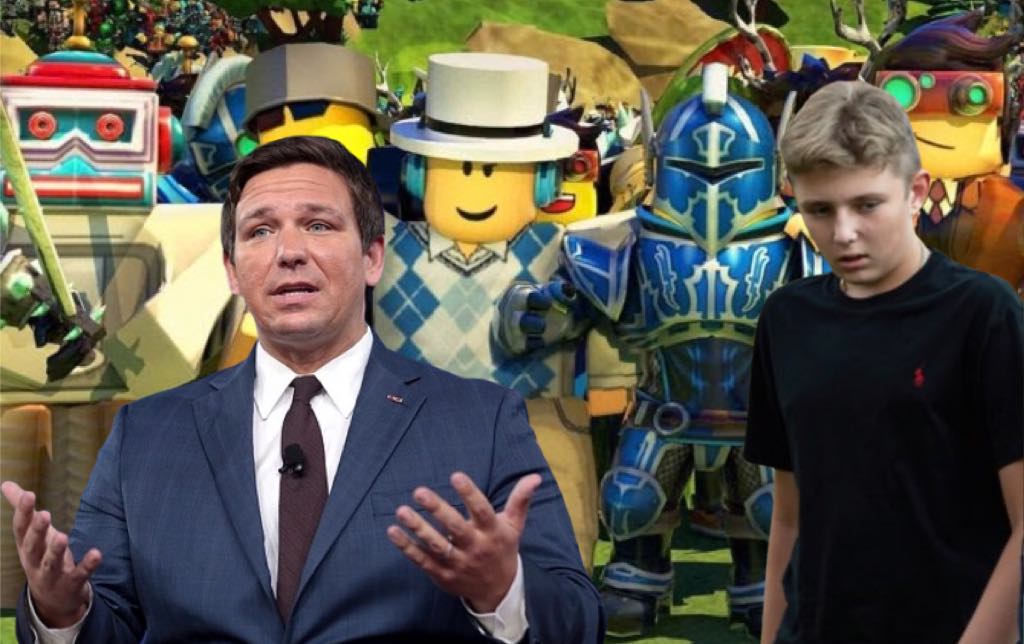 “I was trying to send $60 to the Bar on T Street” Said DeSantis, “However, I misspelled the name and the price in the app and sent the state’s money to Donald’s kid. Whatever. You’re not going to do anything about it.” DeSantis finished saying to me as he waved his middle finger in front of my face.

Why DeSantis has linked his personal Venmo account to the public tax fund has not been questioned and will most likely remain the same.

“I don’t like this.” Becky Barker furiously noted to me, tapping my notebook as she talked, prompting me to write down her quote.

“Make sure people know I don’t like this.” Barker, mother of 5 from Eagle Rock, Arkansas, continued to pester.

“I know I just moved here two weeks ago, but I didn’t leave my town just to live in some town where governors think it’s ok to do bad things.” She said.

Barron Trump, the receiver of the money, said in his first junior press conference that, “I love this! I’m going to spend it on Roblox.” Which is a Lego-esque constructive building blocks toy.

“I can buy lots and lots of Roblox with this money.” Trump said.

I’m sorry I haven’t written anything in a week or so, this one’s really bad and stupid, under other circumstances I wouldn’t run something so clearly underdeveloped and uninspired, but you have to start somewhere, and I refuse to waste my time. That’s right you heard me, I’m not going to waste my time, which is why I wrote a story about Ron DeSantis Venmoing 60 million dollars to the Presidents child.

Anyways, hopefully we’ll get them next time, maybe I’m still down from the Rays losing. Or it may because I took a nap today. When you take naps, your body’s all like, “duh what’s happening? Where am I?” You know how your stupid body acts. Ah, welp, anyways, I guess that’s going to be the end of this one. God I hope it gets better from here, this one not only didn’t deserve to be read, but I wish I could unwrite it and unread it, you know what I mean? Like maybe life would be different if I wrote about something else. But I guess you can’t think like that, no. That’s a never ending vicious cycle when you think like that. You’ll drive yourself crazy thinking about “what if?” Or “What could have been.” All we have is here and now, and I’m going to leave my desk now and set fire to everything around me. That’ll fix my situation. Flames. The ultimate humbler. Ask anyone. Nobody goes up against flames and wins. And that’s not just an old wives tale. New wives say it too. “Flames hurt!” I read it in a magazine one time too. That’s all I needed to hear to accept that ideology. Yikes, how the hell did we get here! Right when I thought it couldn’t get any worse, it got exponentially worse! Or better? Who knows? You and me both know. It’s not better. Wait… But what’s that underneath the bad story? I think it’s… It looks like a good story! Quick, rip this story open from the bottom right corner! Grab the edge and tug as hard as you can! It’s working keep going! You’re almost there, just pull a little bit harder!