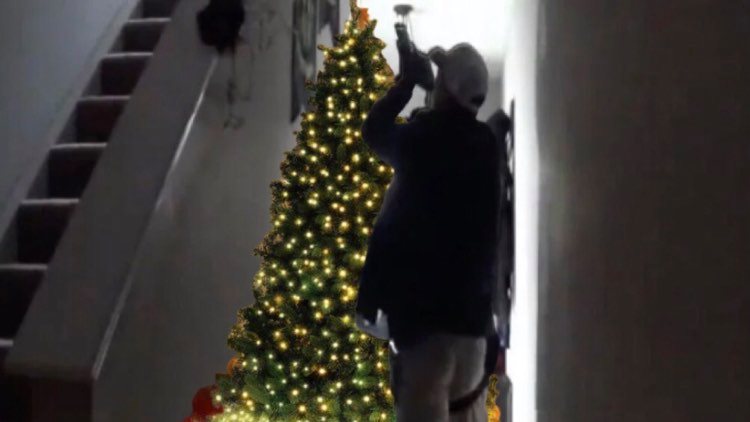 Tampa Bay Area residents, along with everyone else in Florida, who are feeling cheer-deficient this holiday season might be getting some unexpected assistance from the state government.

“If this works the way I hope, there will be no limit to how much joy I’ll be able to spread, any time I want”, he said. “It’s good to be the governor.”

The new ELF program which is an offshoot operating outside of the normal duties of the FDLE aims to choose people at random and provide them with holiday decorations, hot cocoa, search and seizure warrants, caroling, gifts, candy canes and other seasonal celebratory elements.

“It’s tough times for everyone, between anxiety over the elections and this flu thing”, he said. “If we can do whatever we can to ambush citizens with a twinkle in our eyes and a gun in our hands, well, then that’s what we should do, gosh darn it.”

He said the campaign’s initial effort was a tremendous success, with a surprise visit to the home of former COVID-19 data curator Rebekah Jones and her family in Tallahassee. Jones, who was fired for unauthorized public comments about the data in May, has been under investigation since early November when someone illegally accessed the state’s emergency alert health system.

Video of the visit shows ELF officers physically escorting Jones out of her home before ordering her husband and children to come downstairs immediately, presumably to help put tinsel and ornaments on the Christmas tree they were delivering.

“Oh snap, was that good ol’ Becky’s house? Gee, I had no idea! Ha ha!”, said DeSantis. “What a small world, huh? That’s such a wacky coincidence!”