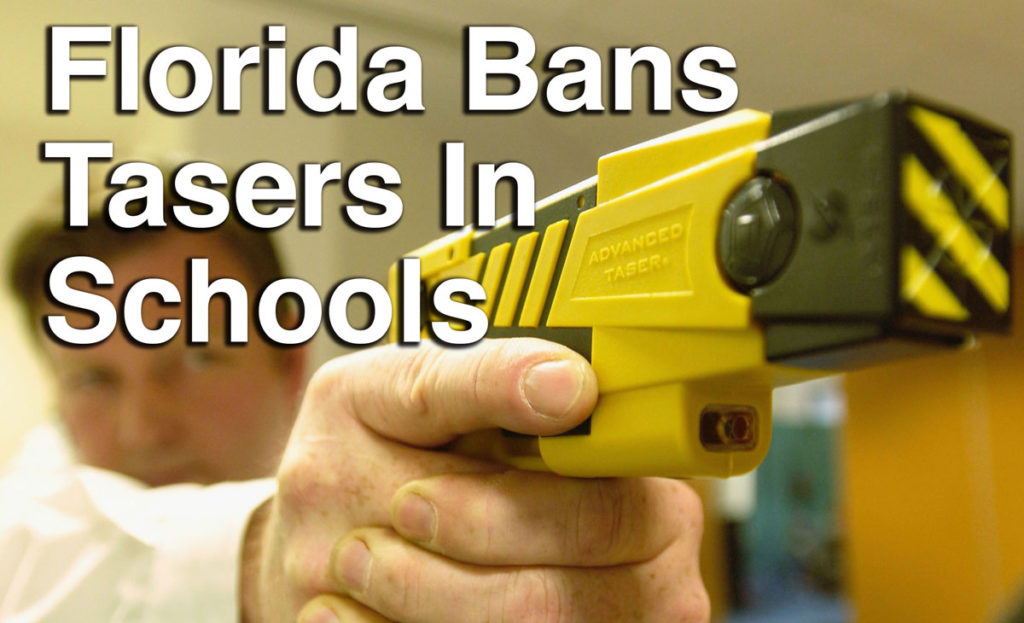 After signing a bill allowing teachers to carry a gun if they pass a course, the Florida government decided to ban teachers from carrying a taser.

“What if a child were to grab that taser and seriously hurt somebody,” said Florida lawmaker Richard “Cockring” Corcoran. “I care about the safety of all children, and making sure they don’t have access to tasers is the first step.”

Cockring then began to show me some photos of his family on his phone. “I think my wife is cheating on me, and my daughters won’t even look me in the eye.”

After he completed his light sobbing he asked me if I would run away with him and start again.

“We can live in a state with normal laws, just come with me and we can love each other until we die,” Cockring said to me.

“I just met you and only came to talk about that school taser ban,” I said to him.

“That doesn’t matter, I love you!” Cockring screamed as I ran from the restaurant we met at.

The taser ban is set to take effect starting this fall.