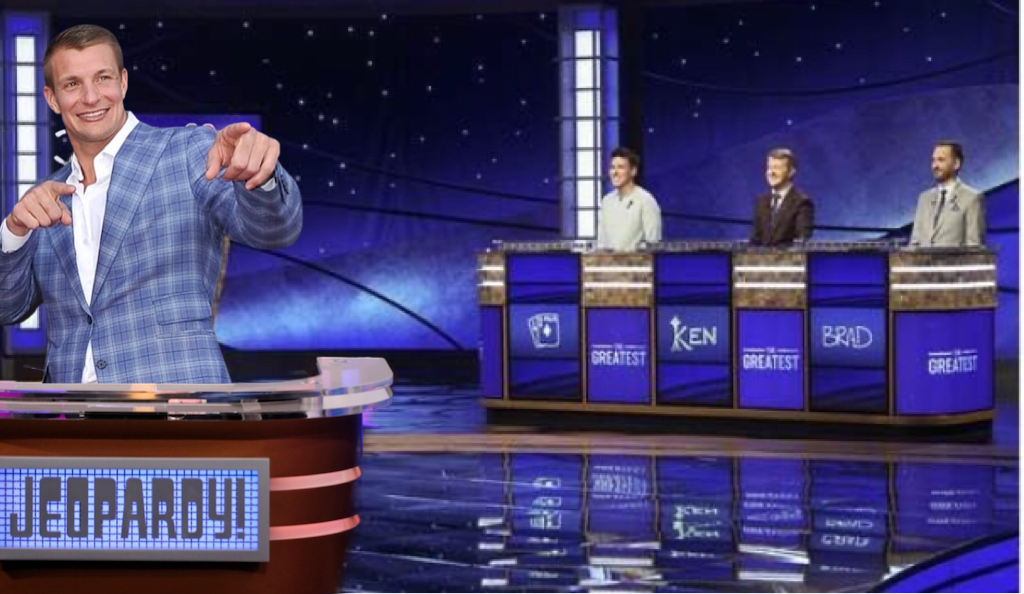 Trebek, who passed away on November 8th, hosted the show for 37 years. Producers of the venerable and beloved TV institution had planned to utilize a rotation of guest hosts until a formal replacement was found but scrapped that plan in favor of installing Gronkowski (fondly known by many as ‘Gronk’) full-time as soon as the Buccaneers season ends, whenever that happens to be.

“The idea of ‘replacing’ Alex Trebek is absurd, as that is an impossible task. Alex was erudite and sophisticated, yet equally affable and graceful. You’re not likely to find another person who exemplifies all of those qualities the way Alex did so effortlessly,” says executive producer Harry Friedman. “And so we didn’t even try. But Gronk is a five-time pro bowler and he’s affable, so, eh, pretty close.”

Friedman is responsible for producing the two most lasting and successful syndicated programs ever, Wheel of Fortune and JEOPARDY!, having produced more than 9,500 episodes of the iconic shows to date. “Yeah, I would say I know a thing or two about what to look for in a game show host, and believe me when I tell you Gronk has ‘it‘.”

Gronkowski agreed. “I think I’m going to do good at this because it’s not a traditional kind of trivia format. I don’t know if you know this, but the host gives the answer and then the contestants have to guess the questions! Isn’t that insane?”, he said. “For example, I have no idea how the moon works. So I would say ‘the moon’ and a contestant would respond ‘how does it work?’ and then I’d give them $400. But not my $400; the TV company’s $400.”

“Um, that isn’t exactly the format, Gronk”, said Friedman with a chuckle. Gronkowski replied, “My bad; I meant ‘What is how does it work?’”, nodding self-assuredly and winking at Friedman as he took off his shirt and whipped it around his head.

He then put Friedman in a headlock and yelled, “I’ve won three Super Bowls! Who is me? Come on down! Who is: wants to be a millionaire? Woooo!”